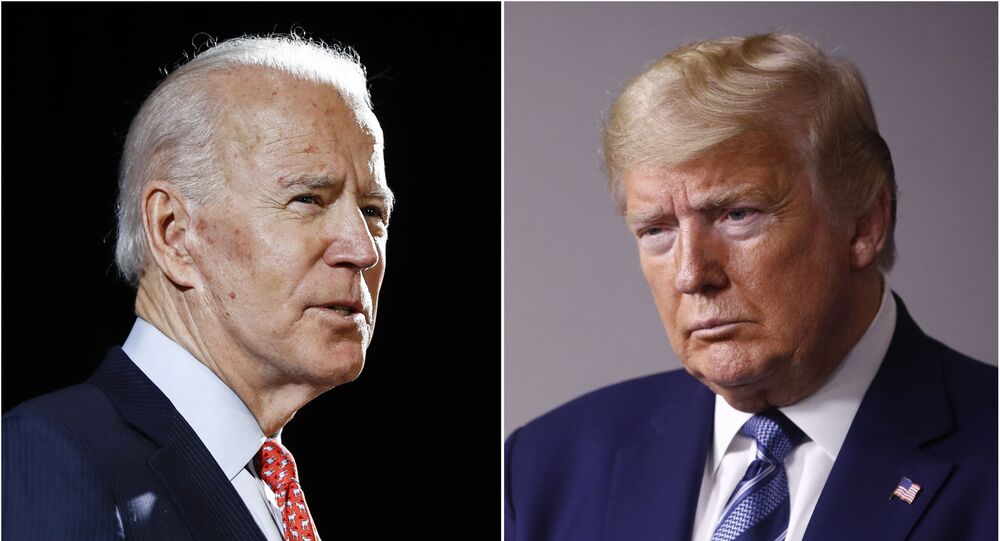 The scrapping of the second - virtual - debate last week has rendered the 22 October event the final Trump-Biden clash before the national poll on 3 November.

The final presidential debate between incumbent president, Donald Trump, and his Democratic rival Joe Biden will be held at Belmont University in Nashville, Tennessee, on Thursday, at 9 p.m. ET (1 a.m. 23 Oct GMT.). A livestream of the event will be available on Sputnik as well.

The verbal battle is expected to centre around who is best placed to lead the post-corona recovery efforts, which of the two parties is more likely to blame for early coronavirus failures and lack of response, as well as who is tougher on China as the rising superpower and whether the pandemic proves the need for tight national borders in the US - in line with Trump's "America First" agenda.

The award-winning Welker, who in 2019 co-anchored a Democratic debate, is to replace Fox News' Chris Wallace, who was knocked for failing to rein in the candidates during the heated first debate on 30 September, with some even claiming at the time he was taking sides and allowed for the debate to turn into a farce.

C-SPAN anchor Steve Scully had been earlier slated to moderate the second debate last week, but Trump backed out of the planned virtual event dubbing it "a waste of time".

Moderators are widely seen as key figures in determining how the candidates fare throughout the debate because they choose the questions, are entitled to push back on vague, undecided replies and control the number of interruptions.

The Trump team came up with its preferred moderators, including a number of Fox News anchors and conservative commentators, in a list that Rudy Giuliani sent in to the commission overseeing the debates, but none of the suggestions were selected.

Unlike in previous years, there is only one moderator in each debate this year as a way to limit the number of people present on stage due to the coronavirus pandemic.

Due to the raging healthcare crunch, the presidential hopefuls will again skip the traditional handshake before the debate kicks off, the commission said. Trump, Biden, and Welker won't be wearing masks on stage, but audience members will be obliged to.

The mandate is expected to be honoured, after Trump's inner circle, including the president himself and First Lady Melania, tested positive for the novel virus two days after the first debate.

Anything Specific About the Format?

It will largely be a repeat of the first debate, but with a key difference: the non-partisan Commission on Presidential Debates announced Monday night that the candidates will have their microphones cut off while their opponent has his two-minute say on each of the debate's major six topics.

The president, who was widely accused of interrupting Biden during the first debate, referred to the updated rules as "very unfair” citing the inherent competitive nature of the said pre-election event.

As was the case with the first squabble, there will be neither opening nor closing statements throughout the 90-minute verbal clash.