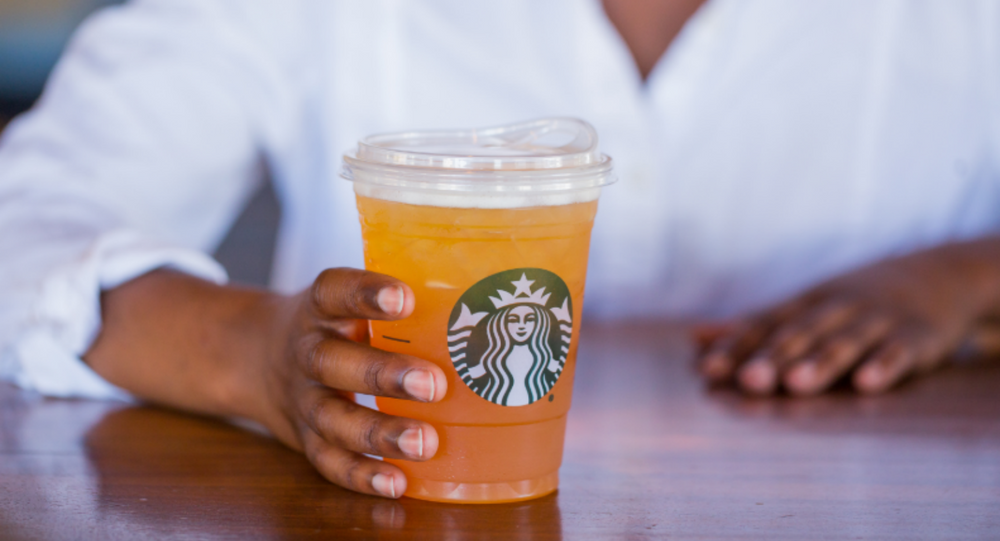 More than 1,500 people have rallied around a Black Starbucks barista in Santee, California, after a viral video showed her being disrespected by a customer who hurled profanity and racist remarks at her while professing support for US President Donald Trump.

The video posted to Twitter on October 18 shows Alex Beckom, a Black, 19-year-old barista, serving a white female customer who says the Starbucks employee is “discriminating” against her “because I’m a Trump supporter.”

The barista continues to serve the woman, also handing her the sugar packets she requested soon after.

Welcome to my day at work🥰 #starbucks #karen @Starbucks pic.twitter.com/six8s4qCAx

“Next time you come in I’m going to need you to keep a mask on, or else I can’t help you,” expressed Beckom.

As explained in the video, the customer had a face covering, but had it tucked under her chin while she was barking orders at the barista.

“You need to leave, thank you,” says Beckom as she tries to serve other customers.

“No, f**k you,” the customer says as she walks out the door, only to swing back into the coffee shop and utter “f**k Black Lives Matter” one more time.

Another customer, who is white, is overheard apologizing on behalf of the Trump supporter. It’s unclear how Black Lives Matter would have come up in the conversation had it not been for Beckom’s skin color.

After she posted the video on various social media platforms, a number of netizens have teamed up to tip Beckom. Nearly $21,000 have been raised by more than 1,500 donors via GoFundMe as of this article’s publication.

She detailed on Twitter that 25% of the donations will be going “back to my store.”

“I’m Black in America, so I’ve dealt with these kinds of situations before, so I am able to stay calm and collected in these types of situations because I don't want to risk my job," the 19-year-old told NBC San Diego.

"Even the president got [COVID-19], so I don't understand how now it's something that's turned into such a them or or me situation when it should be everyone coming together to make sure we all don't get sick or get hurt.”

A spokesperson for Starbucks told NBC News that “this behavior is not welcome in our stores.”

"Our focus right now is providing support to our partner who demonstrated tremendous composure during a very difficult interaction."