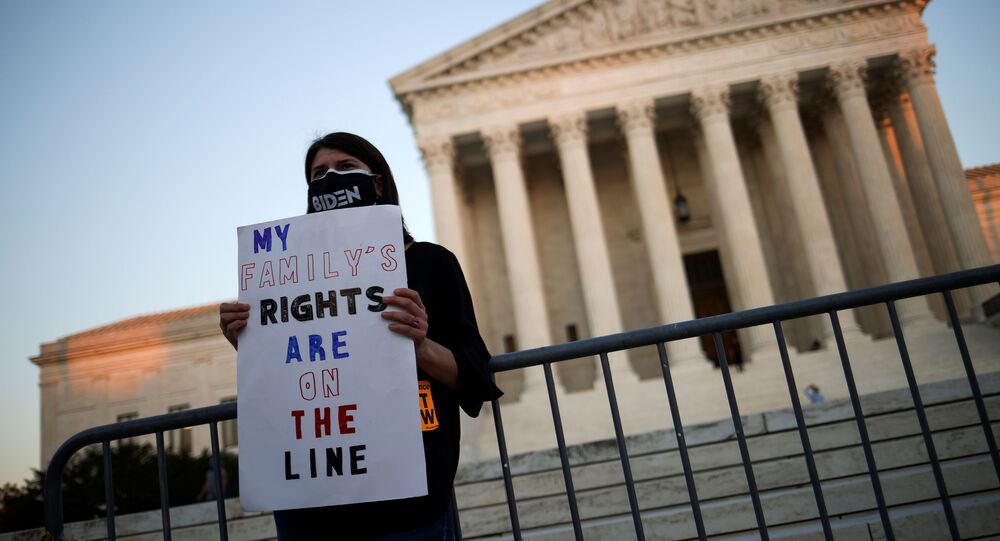 "Democrats will boycott the illegitimate markup tomorrow of Judge Barrett’s nomination in Judiciary and not provide the quorum required," Schumer said via Twitter on Wednesday. "Health care is at stake. Rights are at stake. But the GOP's showing they're concerned only with raw political power. We will not stop fighting."

Schumer, in a separate statement, said that he will force a vote to adjourn the Senate until after the November 3 election, adding that Republicans are using an illegitimate process in an attempt to fast-track Barrett's confirmation.

On Tuesday, Senate Majority Leader Mitch McConnell told reporters that the Senate will vote on Monday on whether to confirm Barrett as a justice of the Supreme Court.

If confirmed, Barrett would expand the conservative majority on the court to six, against three liberals.

Many Democrats have called for a Democratic president and Senate majority if elected on 3 November to expand or "pack" the court, to enable the appointment of at least four more liberal justices to ensure an ideological majority.

According to a Gallup poll released on Tuesday, over half of the respondents (51%) back Barrett’s nomination to the Supreme Court. Initial public support for Barrett is higher than either of President Donald Trump's two previous nominees - Neil Gorsuch and Brett Kavanaugh - at any point during their confirmation hearings, a press release summarizing the poll said. At the same time, opposition is also higher than any other nominee's initial reading (46%).

In September, US Supreme Court Justice Ruth Bader Ginsburg, 87, died of complications from metastatic pancreatic cancer at her home in Washington DC. Before her passing, the US Supreme Court was stacked with a 5-4 conservative majority.

'How Low Can the Left Go?' Fury as Senator Asks Amy Barrett if She's Ever Sexually Assaulted Anyone