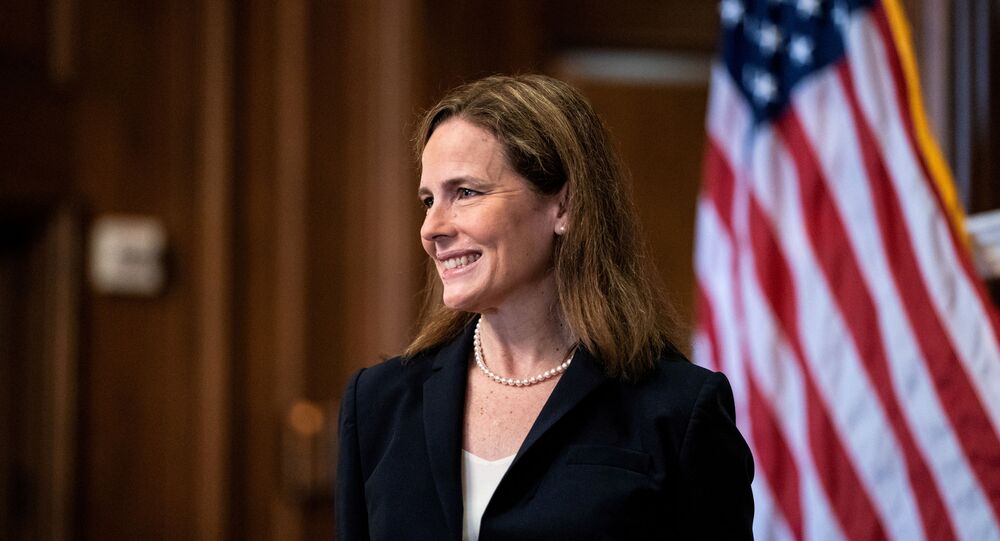 Following the passing of Supreme Court Justice Ruth Bader Ginsburg, 87, last month, US President Donald Trump nominated Jude Amy Coney Barrett to the Senate for confirmation. The Senate is poised to vote on the pick before the general election next month.

Fifty-one percent of those surveyed say they want the Senate to confirm Judge Barrett, this leads significantly against the 28% oppose the pick, according to the polling.

​The result marks a jump from 48% to 31% confirm/don’t confirm divide seen in polling earlier this month. A 37% and 34% split was also seen on 26 September - the day President Trump selected Judge Barrett as his nominee for the SC.

Democrats posit that the replacement of Justice Ruth Bader Ginsburg in the lifetime role should be filled after the encroaching November presidential election.

That sentiment is supported by 57% of respondents, compared to 39% who said Mr Trump should select the replacement regardless of the election.

45% said the Senate should decide on the nomination as soon as possible while 34% told surveyors that the nomination should only be voted on if Mr. Trump is reelected.

The full senate decision on Judge Coney Barret's nomination is scheduled to take place next week.

Trump's pick has become the subject of controversy as Democrats worry that the practicing Catholic may not uphold Roe v. Wade, which protects a pregnant woman's right to choose an abortion without excessive federal intervention.