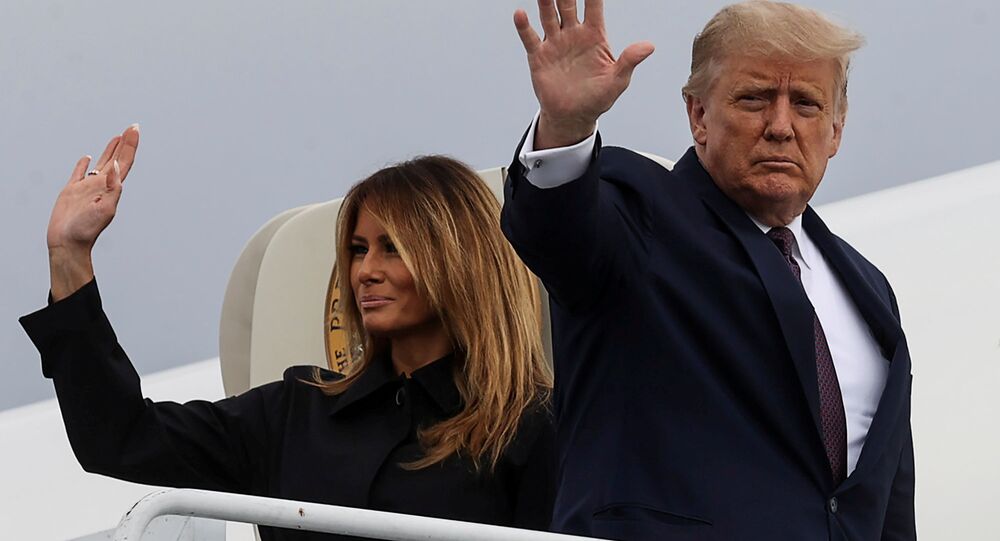 Donald and Melania Trump contracted COVID-19 at the beginning of October; the US president was hospitalised and treated with an experimental cocktail of medicine drugs. Ten days later, the White House physician, Dr. Sean Conley confirmed that Trump was on track to participate in public events again.

US first lady Melania Trump will join Donald Trump at his presidential rally in Erie, Pennsylvania on the evening of 20 October, CNN Politics reported citing a White House official. However, the US First Lady is not expected to give remarks at the event, according to reports.

CNN reported that it will be Melania's first in-person appearance at a campaign event in more than a year, apart from August's Republican National Convention speech at the White House.

According to the report, Melania Trump will not participate in other campaign events as she doesn't have any "upcoming appearances or travel related to the campaign on her calendar for the foreseeable future".

On 30 September, Melania Trump joined President Trump on stage at the end of the first presidential debate. Soon after that, Donald Trump confirmed on Twitter that both he and his wife had tested positive for COVID-19. The US President was discharged from the hospital three days later, and by now both Donald and Melania Trump have recovered from the disease.