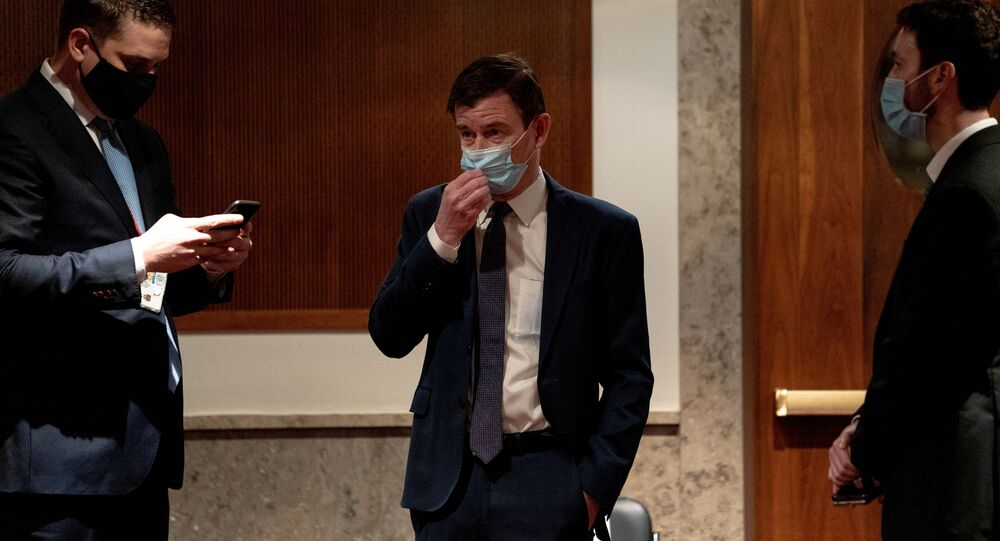 MOSCOW (Sputnik) - Several prominent US officials, including Under Secretary of State for Political Affairs David Hale, have begun a period of self-isolation after they met with Lebanese intelligence chief Maj. Gen. Abbas Ibrahim, who has subsequently tested positive for COVID-19, the Politico news portal reports.

According to the portal, Hale and a number of other employees from the State Department have quarantined after their recent meeting with Maj. Gen. Ibrahim in Washington.

Gina Haspel, the director of the Central Intelligence Agency, and National Security Adviser Robert O'Brien also attended the meeting, although the portal said that it is unclear whether the former has self-isolated. O'Brien has previously tested positive for the coronavirus disease.

© AFP 2020 / LUDOVIC MARIN
French First Lady Brigitte Macron Self-Isolates After Contact With COVID-Positive Person
Lebanon's General Directorate of General Security broke the news of Maj. Gen. Ibrahim's positive test for the coronavirus disease late on Monday. The test was conducted while the intelligence chief was still in the US capital.

Maj. Gen. Ibrahim's planned meetings in the French capital of Paris will be cancelled and his return to Beirut delayed after the positive test, the intelligence agency said.

The Lebanese intelligence chief told The National news portal that the talks in Washington, which focused on Lebanon's role in efforts to free US hostages in Iran and Syria, were positive.