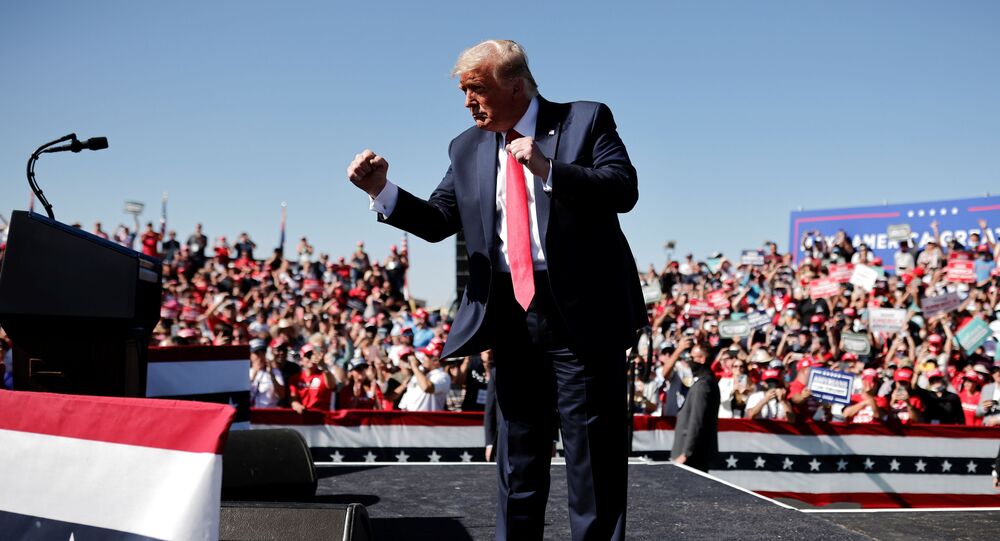 The final US presidential debate will take place in Nashville, Tennessee on 22 October with topics expected to include COVID-19, racism in the United States, and national security.

People at a Trump campaign rally that took place in Arizona on 19 October started chanting "Superman" after the US president said that he felt like a superhero upon recuperating from his COVID-19 diagnosis.

"People are pandemic'd-out. You know that? They're pandemic'd-out. That's why it's so great what your governor has done. He's opened up your state. I'm here. And now I'm immune. I can jump into this audience and kiss every man and woman. I'm immune," Trump told the rally crowd.

He continued on by saying that he was given a steroid, an antiviral drug and experimental antibody therapy during his treatment.

​The crowd has promptly picked up the chant shouting "Su-per-man, Su-per-man".

Several videos of the speech and the Trump supporters chanting have emerged on Twitter.

​Earlier in October, Trump resumed his campaign trail, holding his first rally in Sanford, Florida. The US President was hospitalised with COVID-19 at the Walter Reed Military Medical Centre on 2 October, not long after announcing on Twitter that he and his wife Melania had tested positive for the highly infectious disease. While at the medical centre, Trump was treated with an experimental antibody cocktail that targets the coronavirus spike protein.

The second round of presidential debates was cancelled last week after Trump refused to debate his Democratic rival Joe Biden virtually. Instead, the presidential candidates held rivalling Town Hall meetings last week, which aired at the same time.

The third and final debate is scheduled to take place in Nashville, Tennessee on 22 October. The Commission on Presidential Debates has decided to mute the candidates' microphones in order to ensure a more orderly discussion after there were a lot of interruptions by both Trump and Biden during the first presidential debate, held on 30 September.

According to the statement, each candidate will have two minutes of uninterrupted time to make remarks at the beginning of each 15-minute segment of the presidential debate.

"For the balance of each segment, which by design is intended to be dedicated to open discussion, both candidates' microphones will be open," the Commission's statement said.