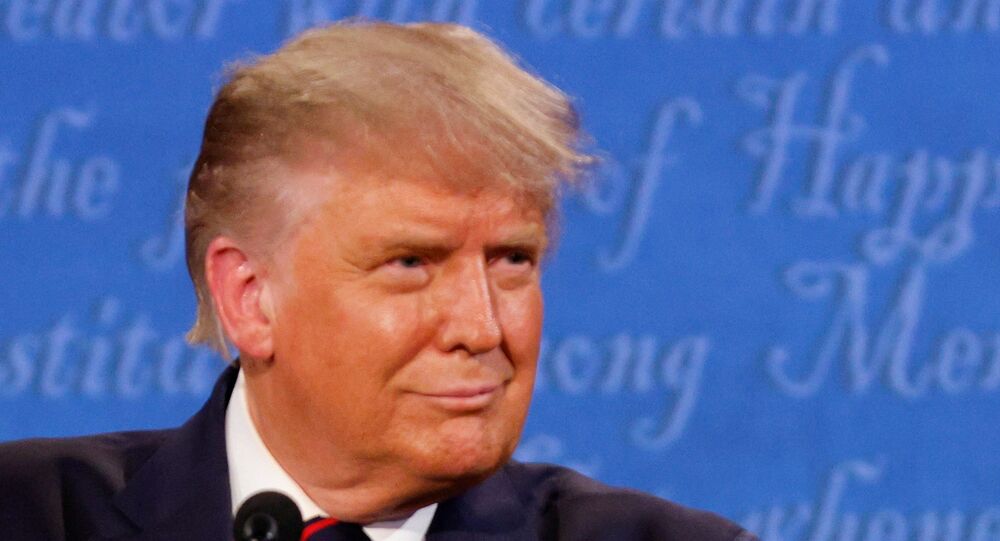 Accusations surrounded former Vice President and Democratic presidential candidate Joe Biden's son, Hunter, and his alleged corrupt business deals in Ukraine have become a key topic for the Trump Campaign in the encroaching race for the White House.

"I think Joe Biden is compromised ... Joe Biden has now dodged this multiple times. Are you the 'big guy?' Are you the 'chairman?' Is Hunter Biden handling family expenses and setting aside money for you?", Miller said on FOX Business' 'Mornings with Maria'. "If Kristen Welker, the moderator, doesn't bring it up, I think you're pretty safe to assume that the president will. Again, these are real simple questions".

The Trump Campaign advisor also accused Biden of being "compromised" by China.

“Voters are sick and tired of our politicians… getting themselves and their family members rich, selling access to their office while other people get left behind.” - @JasonMillerinDC pic.twitter.com/6hDAUmtxcU

​Miller repeated comments he made on Sunday criticising the Commission on Presidential Debates for not prioritising foreign policy in what would have otherwise been the third presidential debate, had Trump agreed to take part in a virtual showdown after his confirmed coronavirus diagnosis.

"We were supposed to have a debate largely focused on foreign policy this next Thursday, which would be perfect especially as we talk about the issue of Joe Biden potentially being compromised", Miller said on 'Fox News Sunday'. "I wish we were spending a lot more time going into foreign policy, especially as President Trump has these peace deals that he's able to point to", he added.

Miller continued saying that Joe Biden is "compromised" and "lied to the American public when he said he never discussed his son Hunter's business dealings... Joe Biden has not come out and himself denied any of these allegations ... think we're going to hear a lot more about this on Thursday at the debate".

“Joe Biden has not come out and himself denied any of these allegations…voters hate it when people make a bunch of money trading off their family name.” pic.twitter.com/qJ34g4MM3W

​Allies of the Vice President claim to have reviewed his "official schedules from the time and no meeting, as alleged by the New York Post, ever took place".

House Intelligence Committee Chairman Adam Schiff said on CNN that emails are part of a smear campaign emerging "from the Kremlin", mirroring the claims of Biden's connections to China made by the Republicans.

“This whole smear on Joe Biden comes from the Kremlin,” says House Intelligence Chairman Adam Schiff, reacting to the FBI leading an investigation into whether unverified emails about Hunter Biden are tied to a Russian disinformation effort targeting his father’s campaign. pic.twitter.com/DMSaw5MdSf

​Director of National Intelligence John Ratcliffe told on FOX Business on Monday that no intelligence supports the assertion made by Schiff.

The Biden campaign has denied reports made in the New York Post that the Vice President's son, Hunter Biden, discussing alleged corruption involving a meeting between the now Democratic contender and Ukrainian gas firm Burisma Holdings.

President Trump will face off against Joe Biden in the final debate of the US presidential election on 22 October, hosted by NBC's Kristen Welker.

As well as corruption from the Democratic side, Trump has also accused the debate moderators of bias against him and in favour of the former Vice President. At a rally in Janesville, Wisconsin, the president described Welker as “extraordinarily unfair”.

Who is Kristen Welker, Debate Moderator and the One Trump Calls 'Terrible & Unfair'?