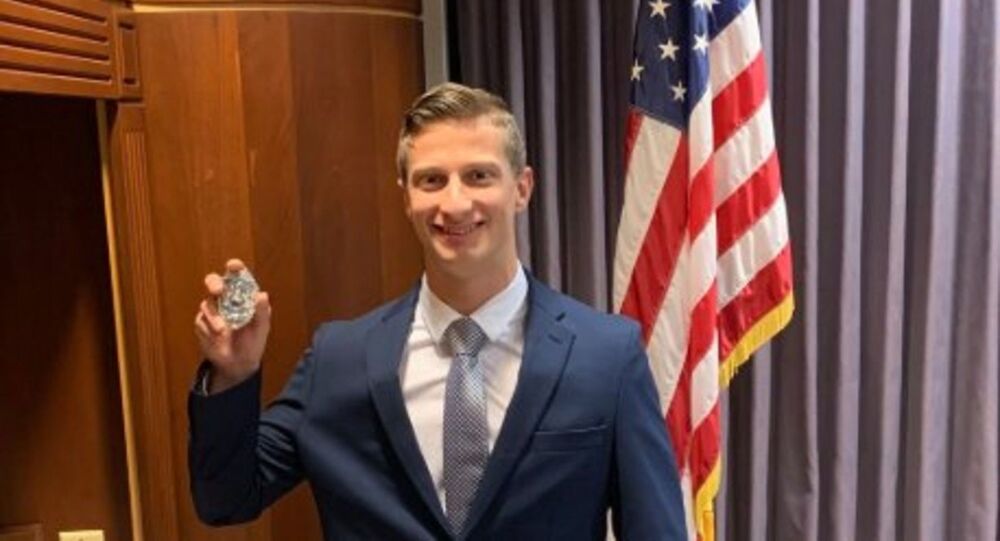 A police recruit with Indiana’s Lafayette Police Department (LPD) has been terminated from the force after an internal investigation confirmed social media allegations linking the cop to Iron March, a now-defunct, neo-Nazi forum.

“Late Friday evening the Lafayette Police Department was ‘tagged’ in a tweet on our official Twitter page,” he wrote. “It contained information specifically identifying a recruit officer, Joseph Zacharek, as a person who participated in a Neo-Nazi internet chat forum known as Iron March in 2016.”

The tweet in question was part of a seven-post thread authored by @Ghosts_of_Past, a self-described “boring white Southern suburban housewife who likes to dox fascists and racists.”

#OfficerZacharek, self-professed Nazi & newest mbr. of the Indy #Police force is from Edwards, New York, and graduated from Penn State. He served in the @USArmy as a Gunner on an M1A1 Abrams. https://t.co/5MeuaRnDPq

Though Iron March has been offline since the fall of 2017, the forum’s contents, including usernames, posts, private messages and even linked emails, have been archived.

“It wasn't until I started working as an EMT in the inner city that I openly questioned the view that all races are equal,” wrote user Panzerleiter, the account linked to Zacharek, in September 2016. ”I was exposed to the vile ‘culture’ of the African and learned that everything I had been taught on race had been a flimsy fabrication which was not supported by real world evidence.”

Panzerleiter went on to provide Iron March members with his age, ancestry and religion. The user also ranted about how he viewed Facebook as “anti-White.”

“I've fallen out with the Church due to the increasing liberalism,” he claimed. The then-23-year-old also claimed to have served as an M1A1 Abrams gunner for one tour in the US Army.

Panzerleiter’s join date is listed as August 25, 2016. However, he did express that he had been active on the forum prior to the creation of said account.

/7
To read all his messages and posts, search Panzerleiter on https://t.co/OY9LfsPfnj

“The investigation has determined that Zacharek did participate in this online forum and that the information that was provided to LPD was accurate and credible,” Flannelly noted. “Officer Zacharek’s comments were not in harmony with the spirit of cooperation and inclusion in the community that the Lafayette Police Department values.”

The police chief highlighted that their “very thorough and complete background investigation” failed to uncover Zacharek’s link to Iron March before he was hired by the department.

The Southern Poverty Law Center has stated that the neo-Nazi forum was “affiliated with or offered support to at least nine fascist groups in nine different countries.”

Wray emphasized that federal authorities are particularly on high alert for homegrown, racially or ethnically motivated violent extremists, as their acts were the “primary source of ideologically motivated lethal incidents and violence in 2018 and 2019.”