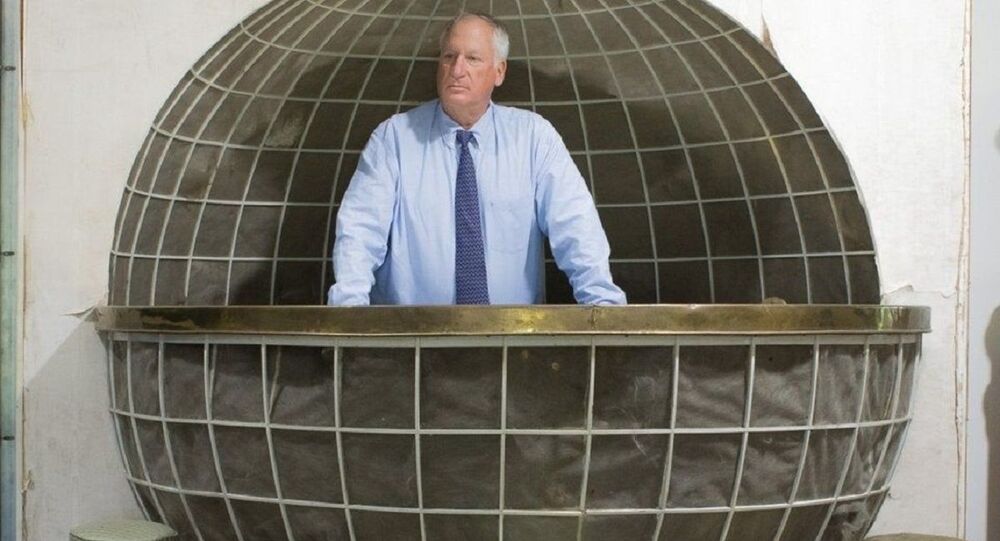 The aluminium bar was installed on Grille, the aviso (a type of dispatch boat) that was used as a state yacht by Nazi Germany's dictator Adolf Hitler and top officials of the regime. The vessel was sold for private use a year after the Second World War ended.

An aluminium bar shaped like the globe that used to be on an aviso belonging to Adolf Hitler is set to be auctioned in Chesapeake City, Maryland on 29 October.

The piece of furniture - with five brass barstools - can be bid for at the official site of Alexander Historical Auctions, a US auctioneer specialising in historic relics.

The auction house suggested a starting bid at $75,000 but so far there has been no interest in the lot.

According to the description, written by the auctioneer, the bar is "one of the most fascinating Hitler relics ever offered".

"The bar and stools have remained untouched in a home and barn in rural Maryland for 70 years, kept by the son of the original purchaser who had installed the bar in his home's basement as a curiosity", the description says.

In November last year, a Swiss businessman and philanthropist donated a hat owned by Hitler which he had bought in an auction in Bavaria, to an Israeli foundation to prevent the item from ending up in the hands of neo-Nazis.