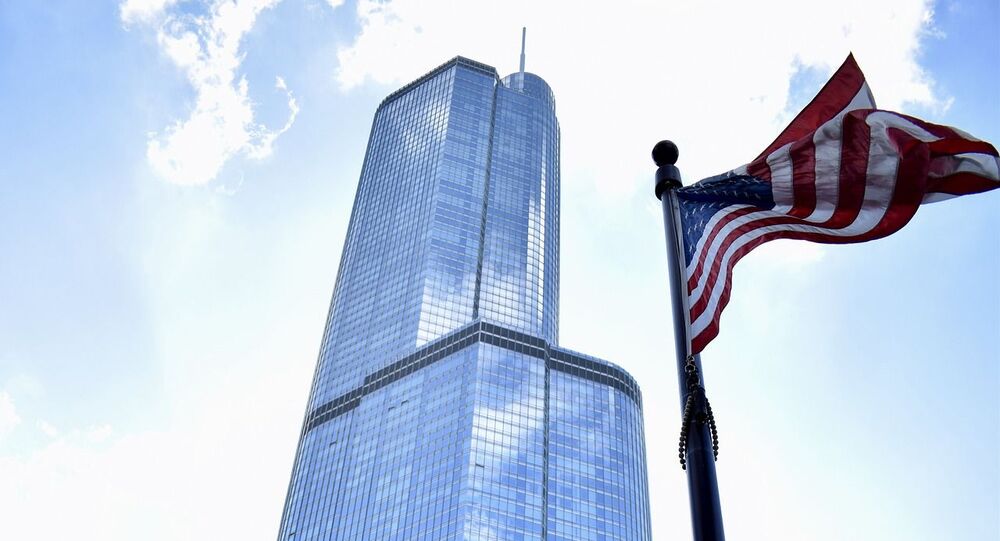 The individual, described by media reports as being ethnically Asian, was seen attached to a rope hanging from the 16th-floor balcony of the 98-story Trump Tower building.

Man Dangles From Trump Tower - Wants To Speak With Him [Videos] https://t.co/le39x8InLm pic.twitter.com/dl1Jy3Y0h5

"CPD, SWAT, and CFD personnel responded to the call of an unknown male threatening suicide and dangling from a rope on the 16th-floor balcony of a residential building/hotel. Details are preliminary and subject to change as more information becomes available,” they said.

The man, suggested as being in his 20s, has been dangling from the tower’s 16th-floor balcony in the 400 block of North Wabash asking to speak to the president and to the media, according to Chicago Police spokesman Tom Ahern.

According to police officers at the scene, the man, who is believed to be Asian, was possibly using a climbing harness.

The individual was reported to be armed with a knife and threatening to cut through the rope unless his demands were met, with a negotiator on the deck trying to get the man down, according to the Chicago Police spokesman.

After around eight hours of negotiations with the man, at 1:36 a.m. Ahern tweeted that efforts were underway to "bring a positive conclusion to this situation.”

After 8hrs. of negotiations, every effort is being made to bring a positive conclusion to this situation.

​Also reportedly on the scene were a SWAT team and Marine Unit, along with firefighters. Police have blocked off traffic around Trump Tower, as a crowd of onlookers gathered, with some reportedly wondering if the scene was part of a stunt for the upcoming Batman movie, which has been shooting in the city recently.

Photos and video footage circulated on social media show the man hanging in line with the word 'Trump' in the $847 million skyscraper name.

US President Donald Trump was at Newport Beach, California, earlier on Sunday before heading to Carson City, Nevada, amid his re-election campaign tour.

There has not been any official comment on the developments from the Trump administration.