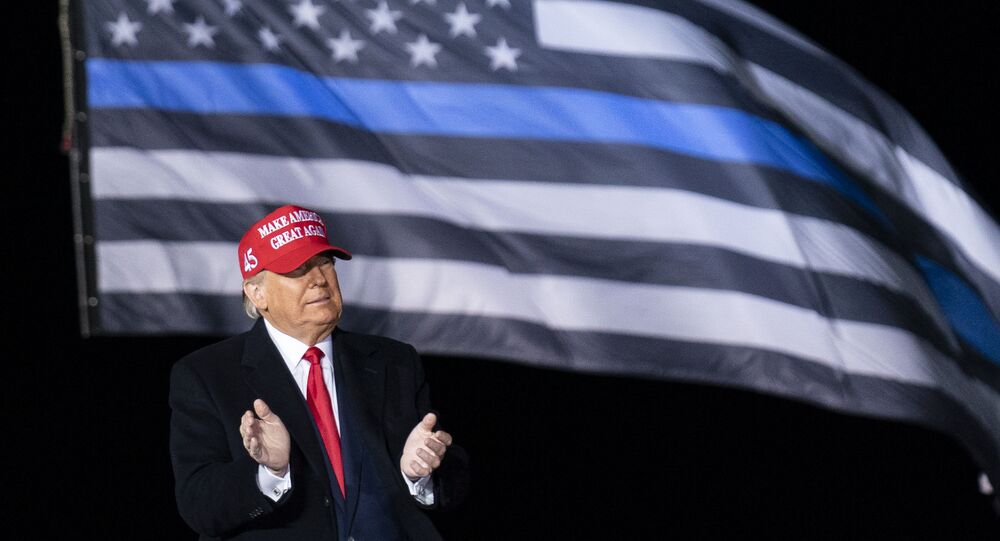 Donald Trump’s former chief strategist Steve Bannon earlier made a startling prediction, saying that the upcoming vote will be secured by the incumbent president as early as 10 o’clock on 3 November.

Joe Biden’s possible win of the White House will not mean “the end of Trump”, the president’s 2016 campaign CEO Steve Bannon told The Australian, as he alleged that POTUS would still try his chances four years later even if he loses now.

"I'll make this prediction right now: If for any reason the election is stolen from, or in some sort of way Joe Biden is declared the winner, Trump will announce he's going to run for re-election in 2024,” the former White House chief strategist said, while maintaining that in his opinion “Trump will win on election day”.

According to Bannon, the result of the current race, which is actually "closer than is being reported", could still go to the Supreme Court over a potentially contentious outcome that “won’t be settled anytime soon”.

© AP Photo / Thibault Camus
Former White House strategist Steve Bannon poses prior to an interview with The Associated Press, in Paris, Monday, May 27, 2019.

The comment comes after he told the Young Republican Federation forum on 10 October that Donald Trump would be able to claim victory as early as “10 o'clock or 11 o'clock” on 3 November after “having won Ohio, and being up in Pennsylvania and Florida”.

"The elites are traumatized. They do not want to go stand in line and vote. That, ladies and gentlemen, is a game-changer”, Bannon said.

Trump’s former campaign staffer was appointed as the president’s chief strategist and counselor for a period of eight months, while suddenly leaving the post in 2017. He has recently been arrested on money-laundering and fraud charges in relation to his ‘We Build the Wall’ online campaign initiative that was fundraising for the erection of a fence along the border with Mexico to prevent illegal immigration.

Bannon, who slammed his arrest as “nonsense” and “a political hit job”, was released on a $5m bond in August, with his trial currently scheduled for May 2021. He had pleaded not guilty to all the charges brought against him.