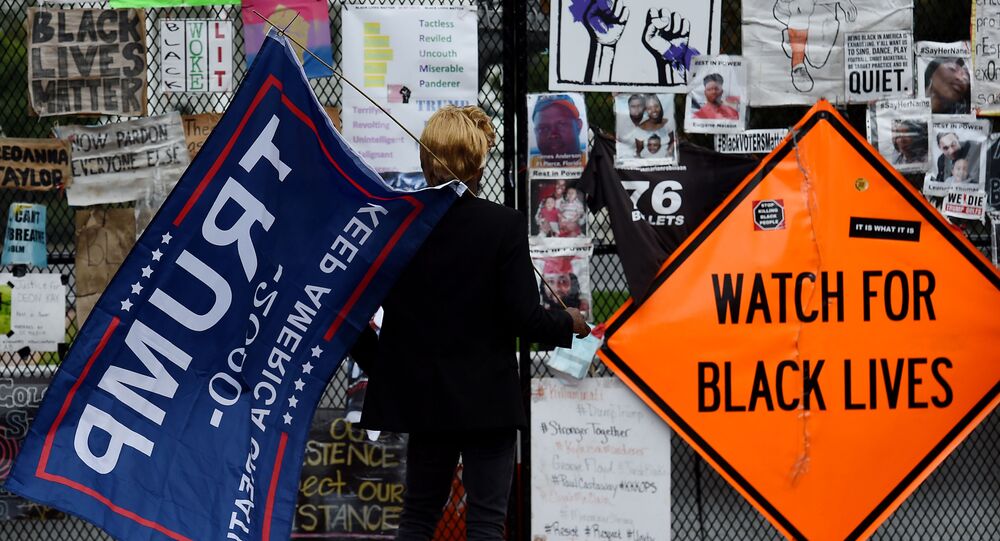 According to the Daily Mail, the event was called off before it even started because clashes erupted between the two sides just minutes after people had arrived.

Supporters of US President Donald Trump who came to protest against Twitter censorship clashed with Black Lives Matter and Antifa activists outside the United Nations Plaza in San Francisco on Saturday.

Organised by the group, Team Save America, the free-speech rally was expected to see people protesting against Twitter blocking the circulation of a New York Post story about Hunter Biden's email controversy and freezing one of the Trump campaign's accounts.

As people started gathering for the rally, hundreds of counter-protesters holding Black Lives Matter signs and others dressed in black with their faces covered appeared at the scene.

The event organizer Philip Anderson posted on Twitter later, saying that he had been attacked.

According to the Daily Mail, when the rally was about to begin, a group of counterprotesters arrived holding shields which read "We keep us safe", they used them to prevent the police from dispersing the crowd. Police officers reportedly tried to separate the groups but clashes erupted quickly and several people were injured, including three officers.