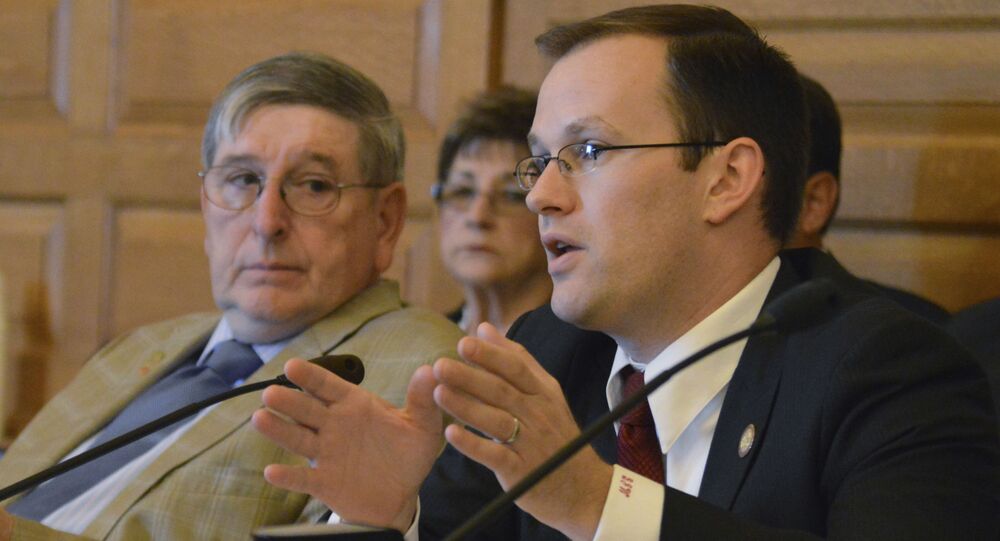 The development comes following another thwarted attempt to kidnap a top public official in the United States. At least fourteen people were detained over an attempt to abduct the governor of Michigan, Democrat Gretchen Whitmer, who the kidnappers believed wielded "uncontrolled power".

A former Wichita firefighter, Meredith Dowty, has been arrested on Friday for alleged threats to kidnap and kill the Kansan city's mayor, Democrat Brandon Whipple, the local police confirmed in a news release.

According to Wichita Police, the 59-year-old man sent text messages to a city official close to Whipple in an attempt to find out the address of the mayor.

While the police did not disclose the nature of the threat, they notified Whipple of the contents of the messages, who, in turn, told the Wichita Eagle that the former firefighter was going to slash his throat over an ordinance proposed by the mayor in July that requires citizens to wear masks in public places.

"It sounded like the person was very upset about pretty much mask mandates and he said something about not being able to see his mother because of COVID restrictions on elderly homes," he said.

The mayor took to Twitter to thank the police for their work, adding that "violence is never a way to settle disagreements".

​The arrest comes in the wake of a similar attempt to kidnap the governor of Michigan, Democrat Gretchen Whitmer. The police arrested fourteen people plotting to kidnap Whitmer after she imposed a state-wide lockdown to slow the spread of the novel coronavirus.