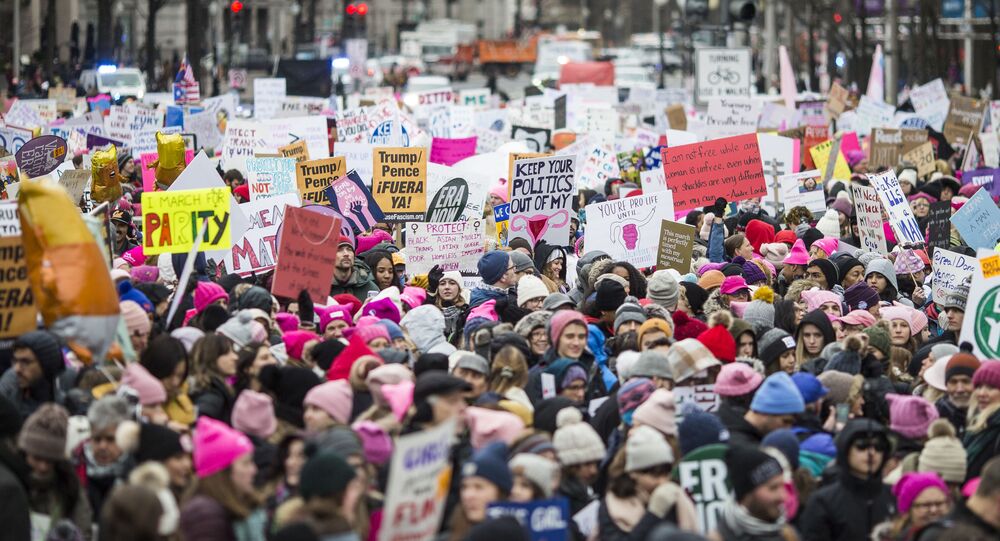 The protest comes ahead of the Senate Judiciary Committee vote on President Donald Trump's Supreme Court nominee Judge Amy Coney Barrett who was put forward to fill the seat vacated by the death of Justice Ruth Bader Ginsburg.

Sputnik is live from Washington DC where the Women's March movement is holding a demonstration to condemn US President Donald Trump and his agenda, in particular, his Supreme Court nominee.

The march will also focus on the issues of racism and violence against women.

The movement gained steam in 2016 in the wake of President Trump's election and who is perceived by the organisers and participants as "anti-women". A Women's March has been held annually in January ever since.

The current public action is the second march this year, prompted by the death of Justice Ruth Bader Ginsburg and Trump's nomination of Amy Coney Barrett for this post.