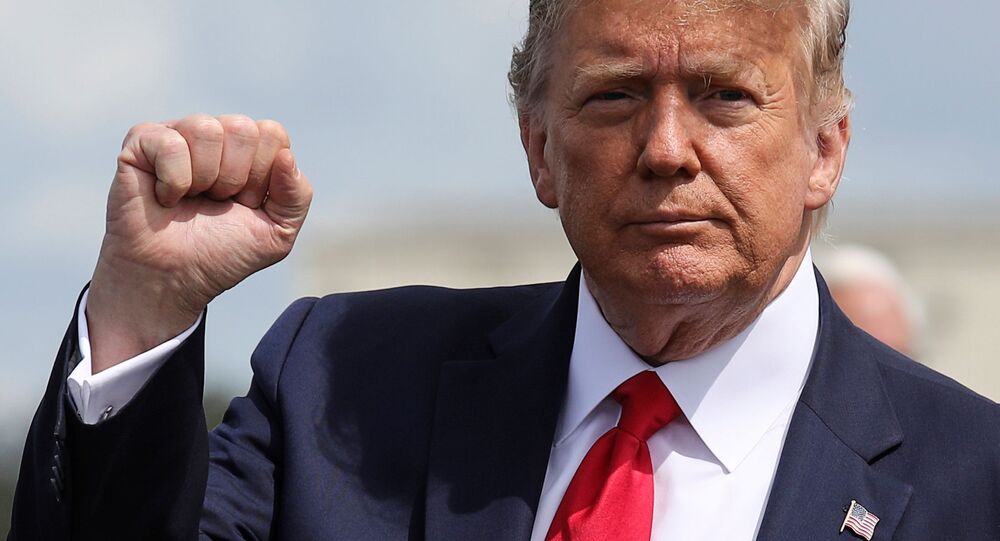 Runaway Donald: Trump Says He May ‘Leave the Country’ if He Loses Election to Joe Biden

Donald Trump’s rallies are renowned for their upbeat atmospheres and political bravado. Yet, the President sounded a note at his most recent event that may leave the most enthusiastic among his fans slightly worried.

US President Donald Trump has proclaimed that he may “leave the country” if he loses the US election next month to his Democrat contender, Joe Biden.

Trump said in the presence of a bustling crowd at a Make America Great Again rally in Georgia on Friday, “could you imagine if I lose? I’m not going to feel so good. Maybe I’ll have to leave the country, I don’t know.”

Trump suggested that he would be embarrassed to lose the election to Joe Biden.

The President also claimed that he would not be engaging in any further fundraising for his 2020 bid to maintain his place in the Oval Office.

"Maybe I'll have to leave the country. I don't know." -- Trump on what could happen if he loses to Biden pic.twitter.com/NGrXDwjaSd

“I could raise more money,” he said. “I would be the world’s greatest fund-raiser, but I just don’t want to do it.”

Reportedly, Joe Biden has raised upward of $383 million, while Mr Trump has around $247 million.

There are only 18 days left to the election, and already 20 million ballots have been cast which are said to show Democrats in the lead, with a slight lead in the state of Florida, widely seen as a must-win state for Trump.

Reports say that in the national polls Biden is leading Trump by 54% to 43% among likely voters.

The developments come as congressional Republicans appear to show signs that they are fearful that Trump may lose to Biden next month. Senator Ted Cruz of Texas recently warned of a coming “Republican blood bath of Watergate proportions.”