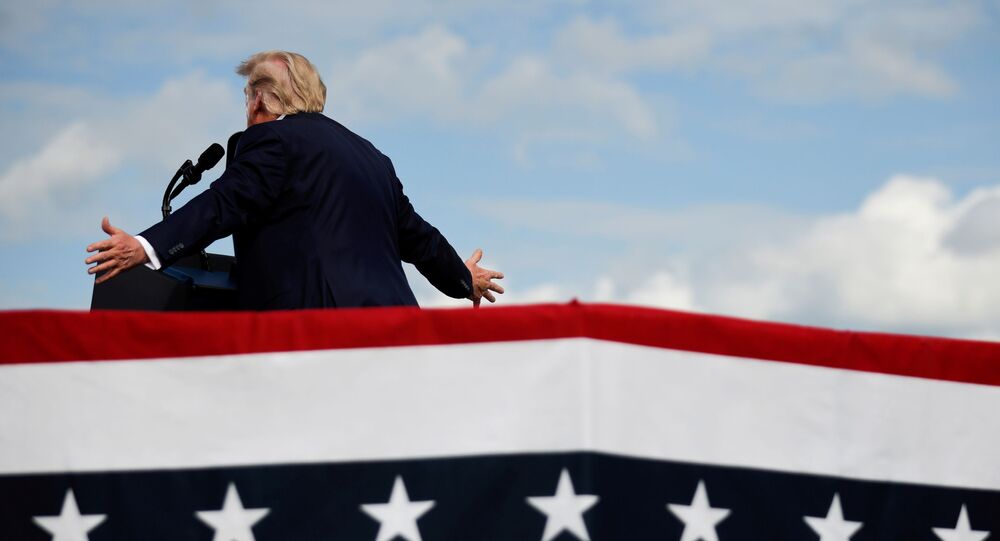 WASHINGTON (Sputnik) - The US Supreme Court has announced that it will hear arguments on the Trump administration's bid to exclude undocumented immigrants in the United States from the process that determines congressional representation in each state based on population, a court filing revealed.

In late September, a US appeals court ruled the Trump administration cannot suspend a federal court order that is blocking the presidential memorandum seeking to discount illegal immigrants in the United States from the Census apportionment process.

"The case is set for argument on Monday, 30 November 2020", the court filing said on Friday.

The US District Court for the Southern District of New York ruled on September 10 that the presidential memorandum violates US law.

President Donald Trump has said he is concerned that counting undocumented immigrants in the apportionment process could result in the allocation of two or three more congressional seats in certain US states.

Last July, Trump issued an executive order that instructed the Commerce Department to gather data on the number of US citizens, non-citizens and undocumented immigrants in the United States over concerns that illegal immigrants were being counted for the apportionment for congressional representation.

"My Administration will not support giving congressional representation to aliens who enter or remain in the country unlawfully", the president's statement said.

The order cites the US Consitution, which requires "persons in each State" to be counted in the census, but points out that it has been wrongfully interpreted as "inhabitants of each State". However, it is in the power of the executive branch to determine who the "inhabitants" are, and in this sense, "aliens who are not in a lawful immigration status", should be excluded from the apportionment base.