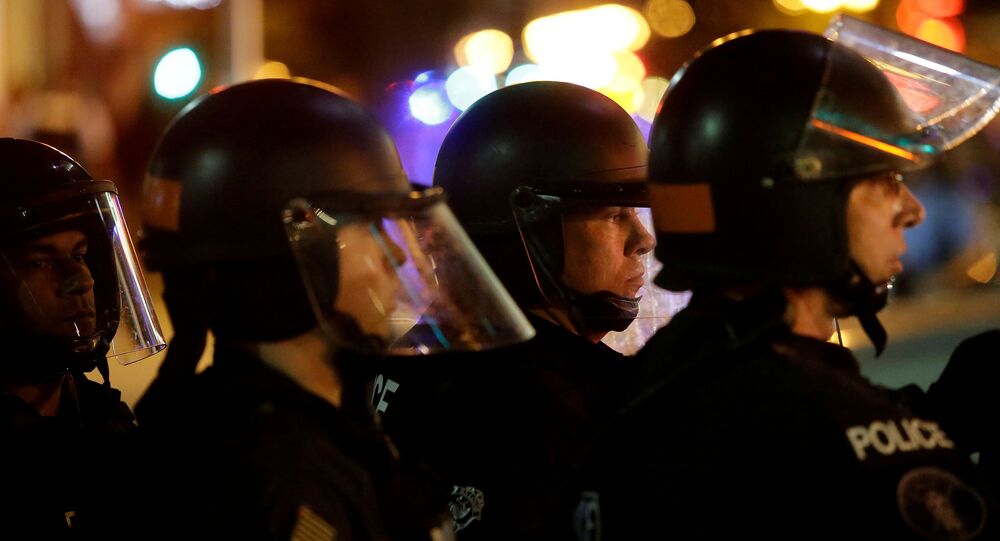 'High Stress And Mediocre Pay' To Blame For Fall In US Police Officers, Says Expert

Recently released data suggests there are fewer police officers per person in the United States that at any point in the last 25 years. The figures are from the Census Bureau’s Annual Survey of Public Employment and Payroll.

According to recent federal data there were 214 officers per 100,000 Americans in 2019, which represents a nine percent fall since 2007 when police numbers were at their peak.

The figures come as the United States wrestles with the consequences of the death of George Floyd and the Black Lives Matter campaign.

Steven Howard, a former federal agent and weapons expert, told Sputnik: “The reason there’s fewer police is more are quitting. The mediocre pay, stress of the job, increased scrutiny from supervisors who don’t want to get sued, and a generally hostile work environment are responsible for the lower number of police.”

He said: “I wouldn’t want to be a police in today’s America. People were looking over my shoulder and second-guessing me all the time without body cams and dash cams.”

Mr Howard said in the 1980s he sometimes found himself in a queue of 12,000 people applying for a job as a police officer but recently the state capital of Michigan, Lansing, could only find eight applicants for 10 vacancies in its police department.

“People are either outright quitting, taking early retirement, or just not applying for the jobs in the first place. The life of a police officer is not a happy one. This is why there’s fewer police”, he added.

Mr Howard said the calls by BLM and antifa groups to “defund the police” were exactly the opposite of what was required.

© AP Photo / Bebeto Matthews
'Who Are They Supposed to Call? Ghostbusters?' NBA Star Savages Calls to 'Defund the Police' - Video

He said what was needed was more resources to increase training.

Mr Howard said although there were generally fewer police officers than in the past crime rates were actually going down in most US cities.

He said part of the problem facing law enforcement in the US now was because of poor recruitment in the last 20 years.

Mr Howard said: “From the 1970s up until 2001 police departments wanted to hire people that would not get them sued. They hired people that were intelligent and had a lot of common sense and tried to avoid people that saw violence as the solution to every incident.

“After 2001 they hired huge numbers of people right out of the military and even went so far as to actively recruit within the military. Many of these people did not make the transition from ‘search and destroy’ to ‘serve and protect’”, he added.

“These groups got sick of it and it’s finally all boiled over. The problem is the police don’t even see the fact that they’re doing anything wrong”, he lamented.

Mr Howard said too many police officers nowadays do not recognise an overly aggressive approach is counter-productive and dangerous.

“In my day, when you search someone you push them up against the wall or a car. Today, everything is about slamming them on the ground and sitting on them or putting your knees on them. The theory is they can’t get up and fight you. The bad side effect is they die”, he said.