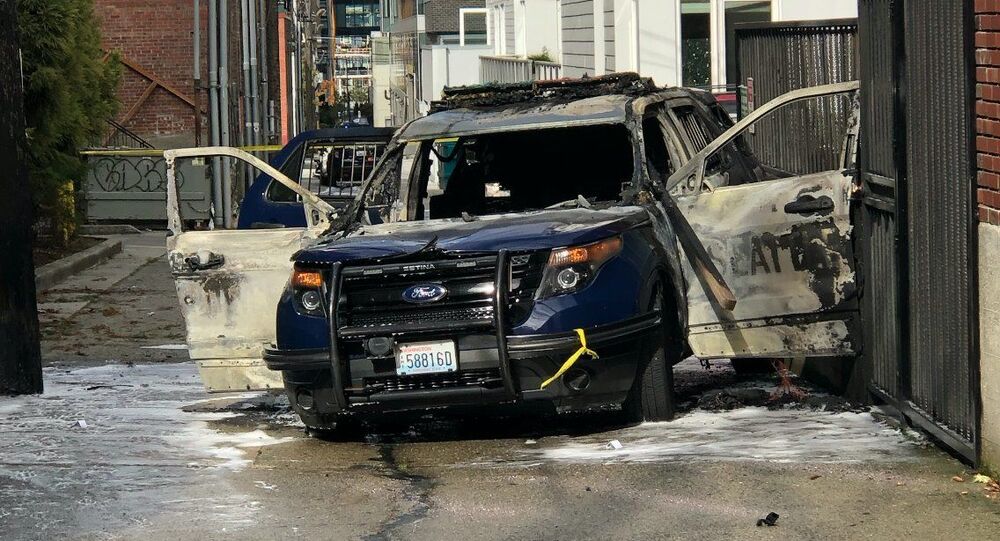 The suspect, already reported to by brandishing a burning piece of timber, threw the torch into a police vehicle as one officer sat inside. The SUV caught ablaze as officers chased the man down in a parking garage and tasered him.

A Seattle police officer has been hospitalised with burns after a man set fire to their parked patrol car.

Police were "looking for a man who was reportedly brandishing a flaming piece of lumber," the statement said. "The officer found the man, who threw the flaming lumber—believed to be a 2×2—into the patrol vehicle while the officer was still inside."

Other officers chased the suspect into a nearby parking garage "where they deployed a taser and took him into custody."

The SPD said one officer was "believed" to have fired shots, but the suspect was not hit.

"One officer was transported to Harborview Medical Center with non-life-threatening burns," the statement said. Local KIRO7 reporter Deedee Sun tweeted that the officer in the car was the one injured and the one who fired the shots.

The SPD did not reveal the identities or any other details about the suspect or the officers involved.​

​Seattle was a centre of Black Lives Matter protests this summer, with Mayor Jenny Durkan refusing to intervene after activists declared a police-free zone in the central Capitol Hill district. The SPD were finally allowed to restore order there in late July after a spate of murders in the zone.