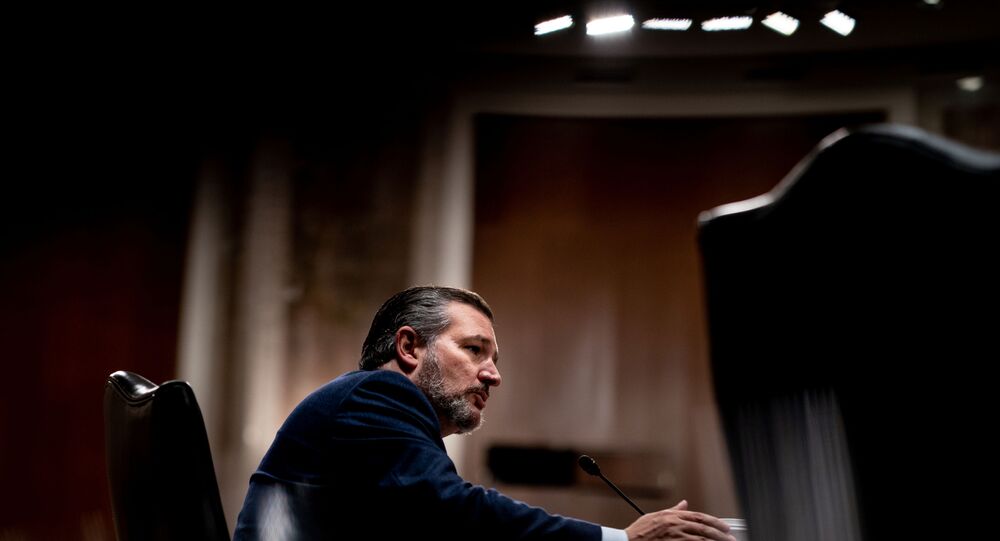 WASHINGTON (Sputnik) - US Senator Ted Cruz has accused Facebook and Twitter of "active interference" in the election campaign by blocking New York Post articles alleging wrongdoing by Democratic nominee Joe Biden and announced that Twitter CEO Jack Dorsey may be subpoenaed next week to testify before a Senate panel.

In remarks to reporters on Thursday, Senator Cruz said that the Senate Judiciary Committee wants to know "what the hell is going on".

"And the Committee today will be noticing a markup on Tuesday to issue a subpoena to Jack Dorsey, the CEO of Twitter, to testify before the Senate Judiciary Committee next Friday - to come before this Committee and the American people and explain why Twitter is abusing their corporate power to silence the press and to cover up allegations of corruption".

​On Wednesday, the New York Post published two letters of Vadym Pozharskyi, an adviser to the board of Ukrainian energy company Burisma, to Hunter Biden. In one of the letters, Pozharskyi thanked him for organising a meeting with his father, while in the other one the representative of the Ukrainian company asked Biden Jr to think how he could use his influence to support the company. If true, these letters contradict Joe Biden's statements that he had nothing to do with his son's cooperation with Burisma.

Biden's campaign has denied that any such meeting took place, as have several of his former top advisers.

"We have seen Big Tech, we have seen Twitter and Facebook actively interfering in this election in a way that has no precedent in the history of our country", Cruz said. "Never before have we seen active censorship of a major press publication with serious allegations of corruption of one of the two candidates for President".

President Donald Trump also took to Twitter to praise the newspaper for covering the supposed corruption dealings of Hunter Biden and shared a couple of tweets suggesting that Twitter is directly interfering in the 2020 election to aid its preferred candidate.

Shortly after the @Facebook Communications director admitted they were shadow banning today's Biden exposé, @Twitter has now completely blocked the story from their platform.
Big Tech is trying to steal an election. pic.twitter.com/WDMHdW8g61

In the House of Representatives, controlled by the Democrats, Republican members of the Oversight Committee on Thursday called on their Democratic colleagues to hold a similar emergency hearing on "Big Tech's censorship and election interference".