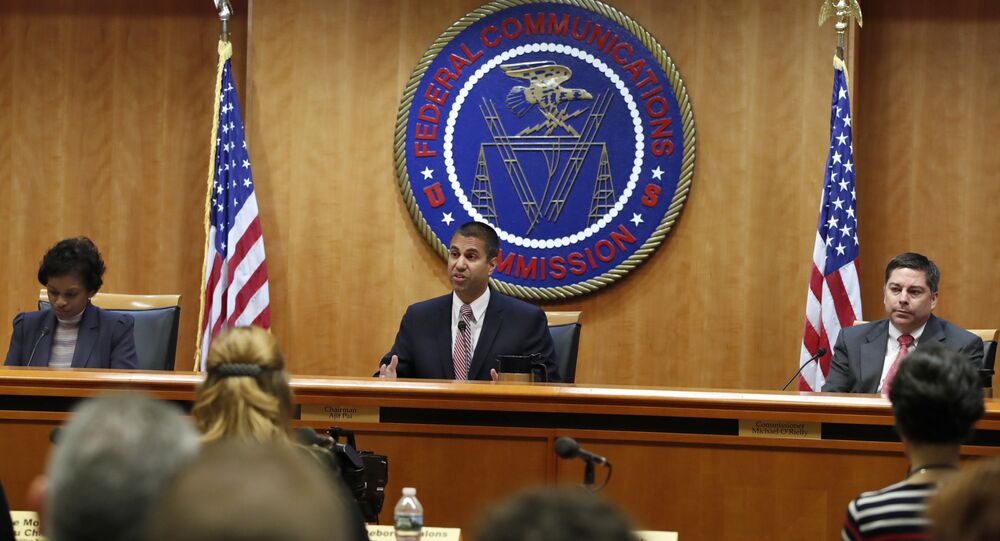 Social media services could soon be treated as publications and not open platforms, the head of the US communication watchdog has announced.

FCC Chairman Ajit Pai said on Thursday his agency would move to “clarify ambiguities in section 230” at the request of the federal government's Department of Commerce.

The Commerce Department was responding to President Donald Trump's executive order in May to remove legal protections for social media sites after Twitter began placing "fact-check" tags on his tweets.

Those protections are granted under Section 230 of the 1996 Communications Decency Act.

"No provider or user of an interactive computer service shall be treated as the publisher or speaker of any information provided by another information content provider," the legislation states.

© REUTERS / POOL
Senate Panel May Subpoena Twitter CEO Over Censorship of Biden Allegations, Ted Cruz Says
This week, The New York Times broke the story of leaked emails from the account of Hunter Biden, son of the former vice-president, showing he got Ukrainian and Chinese businessmen to pay for privileged access to his father.

Speaking at an election rally in Greenville, North Carolina, on Thursday, Trump warned "big tech" it would lose its legal privileges if it persisted - to cheers from the crowd.

Facebook CEO Mark Zuckerberg, Google and Alphabet CEO Sundar Pichai, and Twitter CEO Jack Dorsey are set to testify before the Republican-controlled Senate's Commerce Committee on October 28 - less than a week before the November 3 presidential election.