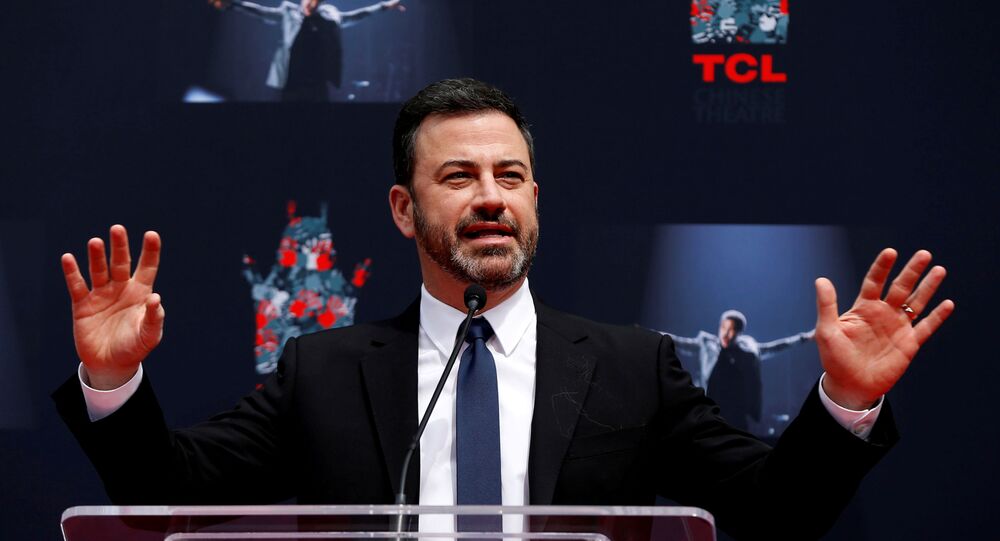 The ABC host optimistically claimed 2,200 of the 10,000 attendees at President Donald Trump's Iowa rally could have caught the coronavirus, even though less than 1,500 cases were identified in the entire state that day.

Liberal talk-show host Jimmy Kimmel has claimed a fifth of the supporters at President Donald Trump's Wednesday-night Iowa rally were "infected" with COVID-19.

“Over the last 24 hours, the positivity rate in Iowa is almost 22 percent," Kimmel claimed. "Ten-thousand strong were expected tonight, so that’d be, eh, 2,200 infected people."

Kimmel's statistics were way off the mark. As of Wednesday, there were 103,000 active COVID-19 cases in the state with a population of 3.15 million - just over 3 per cent of the population.

Data from Johns Hopkins University showed only 1,482 new coronavirus cases were recorded in the entire state on Wednesday.

“Of course more people will watch Trump. That doesn’t mean anything," Kimmel insisted. "If my choices are watching a documentary about the Bill of Rights, or a guy getting hit in the nuts with a shovel, I’m going shovel every single time.”

“Thanks, NBC. First ‘The Apprentice’ and now this. Why not a new Bill Cosby special while we’re at it?”

Kimmel has long been been a strident critic of Trump, famously bursting into tears on air in February 2018 while attempting to blame the president for the school shooting in Parkland, Florida.