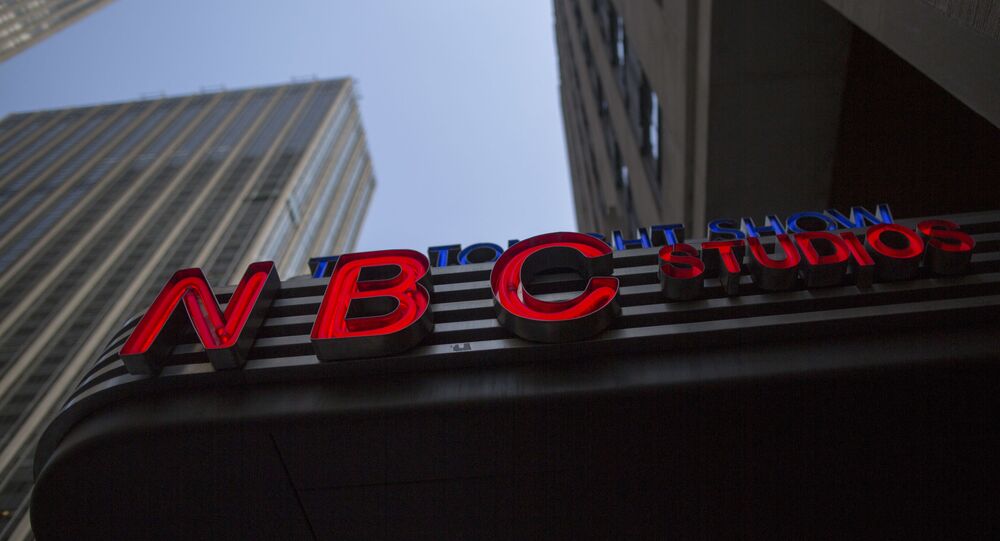 NBC "Today" host Hoda Kotb said on Wednesday that the 60-minute town hall event "is set to take place outdoors and in accordance with the guidelines set forth by health officials, also consistent with all government regulations".

The executive producers of NBC's comedy "Connecting" have lashed out at the network's move to present a town hall with President Donald Trump on Thursday night that will coincide with a similar event involving Democratic presidential nominee Joe Biden, due to be hosted by ABC News.

Brendan Gall and Martin Gero tweeted on Wednesday that they "strenuously object to NBC giving Trump a town hall directly opposite Biden's on ABC".

I strenuously object to @NBC giving Trump a town hall directly opposite Biden's on @ABC. Trump pulled out of the debate to destabilize the election. I understand NBC is required to give him an hour of prime time but request that they reschedule it so that America can watch both.

They accused Trump of pulling out of the second presidential debate "to destabilise the election", adding that they "understand NBC is required to give him an hour of prime time but request that they reschedule it so that America can watch both".

Many netizens have, meanwhile, made fun of the NBC employees' concerns, with one user suggesting that "Biden's supporters will be […] stoned out of their mind on some illicit drug".

Easily could have been in same place at the same time IF THEY KEPT THE DEBATE AS SET🤔 pic.twitter.com/sQhAPnycvF

Biden's supporters will be a) In bed, lights out at 8 at the home or b) stoned out of their mind on some illicit drug.

After Trump Schedules Town Hall With NBC, Leftists Whine That It’s the Same Time as Biden’s on ABC 😂😂https://t.co/zWrWypwb38

Another netizen tweeted that she is "looking forward to President Trump bringing up the Hunter Biden story" during the Thursday night town hall event.

On Wednesday, NBC News announced that President Trump would participate in the network's town hall on Thursday night, a 60-minute event that is due to be held at the Perez Art Museum in Miami.

© REUTERS / JIM URQUHART
Trump Refuses to Take Part in Next Presidential Debate Virtually, Says It is ‘Not Acceptable’
This came after Democratic presidential nominee Joe Biden signalled his intent to partake in an ABC News town hall in Philadelphia on Thursday that will air at the same time as the Trump event.

The developments were followed by the non-partisan Commission on Presidential Debates cancelling the second debate between Trump and Biden scheduled for 15 October, in a move that came after POTUS opposed the commission's decision to make the debate virtual due to health and safety reasons.

The cancellation was announced a few days after Trump was discharged from the Walter Reed National Military Medical Centre, where he was earlier hospitalised to undergo treatment for the coronavirus. Shortly after, White House physician Sean Conley revealed that POTUS had tested negative for COVID-19 on "consecutive days" and is no longer "infectious", declining to elaborate on when the tests were conducted.