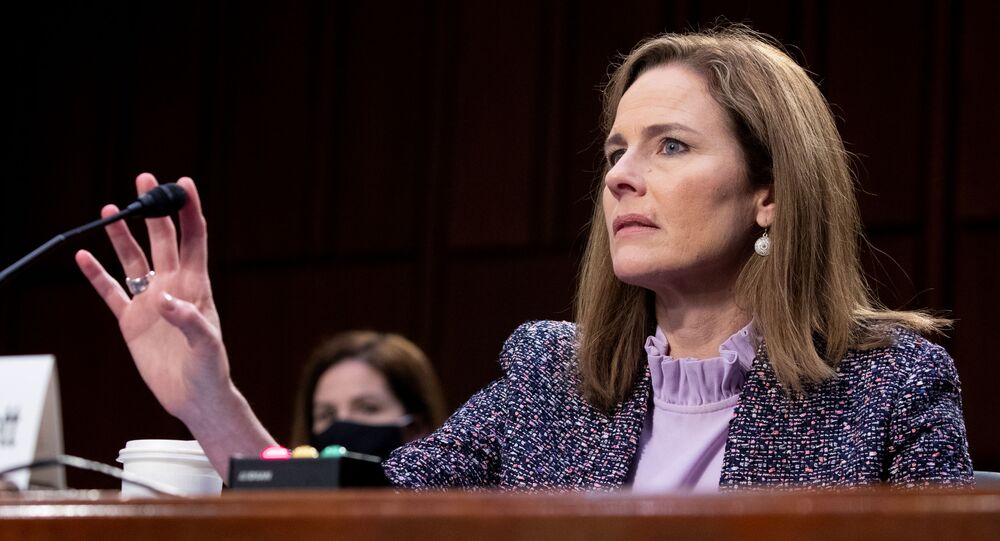 Democrats in the Senate have slammed President Trump's Supreme Court nominee for using the term when referring to sexual orientation, claiming it is offensive to the LGBTQ community.

Merriam-Webster Dictionary has edited the definition of "sexual preference" to add the word "offensive" after Amy Barrett faced harsh criticism for using the phrase.

The word "preference" in this sense could, apart from anything else, mean "sexual orientation" and until Wednesday, no one apparently had had any problems with this interpretation.

As recently as last month, Webster’s Dictionary included a definition of “preference” as “orientation” or “sexual preference.” TODAY they changed it and added the word “offensive."

Insane - I just checked through Wayback Machine and it’s real.

Merriam-Webster's editor-at-large Peter Sokolowski told Fox News that they regularly update definitions in the dictionary and sometimes, they consider it's time for updates "when a word or set of words is getting extra attention".

"A revision made in response to an entry's increased attention differs only in celerity—as always, all revisions reflect evidence of use", Sokolowski said.

On Tuesday, Senator Mazie Hirono blasted Barrett for saying she would not discriminate on the basis of sexual preference, saying that this term is "outdated" and "offensive" to sexual minorities.

Let me make clear - sexual preference is an offensive and outdated term.

To suggest sexual orientation is a choice? It's not. It's a key part of a person's identity.

The LGBTQ+ community should be concerned with #WhatsAtStake with Judge Barrett on the Supreme Court. pic.twitter.com/4TWyATMX0Y

Barrett later apologised, saying that she in no way meant to offend the LGBTQ community.

Justice Barrett apologizes for using the offensive term 'sexual preference': "I certainly didn't mean and would never mean to use a term that would cause any offense in the LGBTQ community. So if I did, I greatly apologize for that."

​In May 2020, however, Democratic presidential nominee Joe Biden used the term "sexual preference" when speaking about equality at a virtual roundtable with black representatives in Florida.