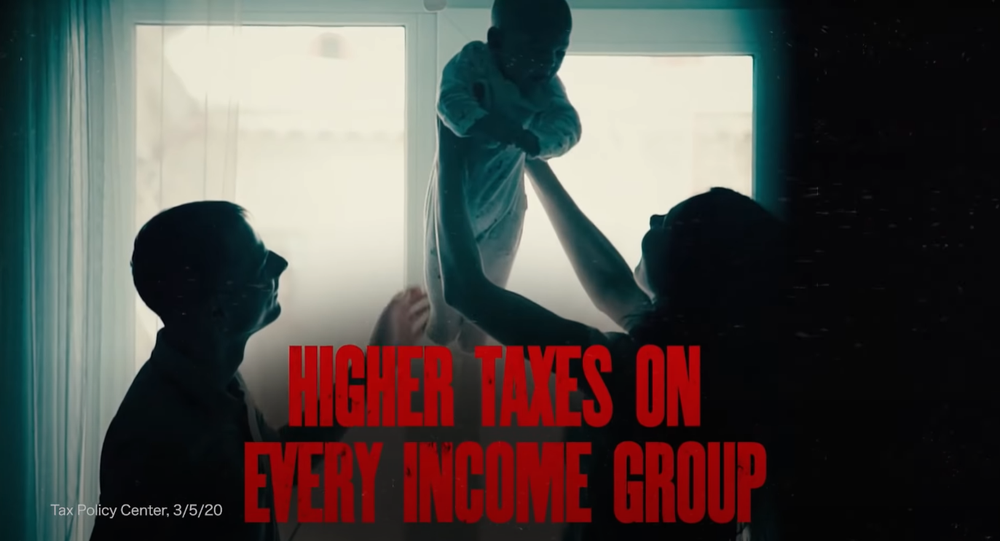 America First Action, a group that has reportedly raised $82 million toward the reelection of US President Donald Trump, debuted a major ad last week in Florida, Pennsylvania and Wisconsin that is dubbed “Pandemic Tax,” Politico reported.

The footage warns of “HIGHER TAXES ON EVERY INCOME GROUP” while showing stock footage that is currently available for $65 via user Kmikhidov on the website Pond5. It’s also up for purchase on Shutterstock, linking to the Facebook page of Konstantin Mikhidov, a resident of Novosibirsk, Russia.

Seconds later, the advertisement features a short clip of a woman that is available on Getty Images’ iStock as “Old woman looking out the window stock video.” “Belarus Videos,” “Non US Location Videos” and “Caucasian Ethnicity Videos” are listed as tags for the footage.

“HIGHER TAXES ON MIDDLE CLASS RETIREMENT” is overlaid on the woman’s face in the group’s video.

“Clearly they trusted but did not verify the stock footage,” said Max Steele, a spokesperson for pro-Democratic super PAC American Bridge, to Politico, ironically invoking a Russian expression.

This comes as one of several Trump reelection advertisements that have been called out for using footage of folks outside the US.

Sputnik reported last month that Trump’s campaign was touting the “GREAT AMERICAN COMEBACK” while using video footage of a Ukrainian wallpaper warehouse. Furthermore, Ukrainian production studio Stockbusters revealed that a woman seen in the video was Ukrainian, and the associated footage was filmed in Ukraine.

Prior to that ad, the Trump campaign team selected fiery footage from protests along Roger de Flor Street in Barcelona, Spain, in October 2019, to represent “Biden’s America.”

The campaign also issued a newsletter to supporters of the GOP nominee, vowing to protect the Christ the Redeemer statue of Rio de Janeiro, Brazil, from “angry mobs” who were protesting and toppling post-Civil War Confederate monuments, statues of white leaders who kept enslaved Africans and other structures viewed as celebrations of racist and otherwise problematic practices.