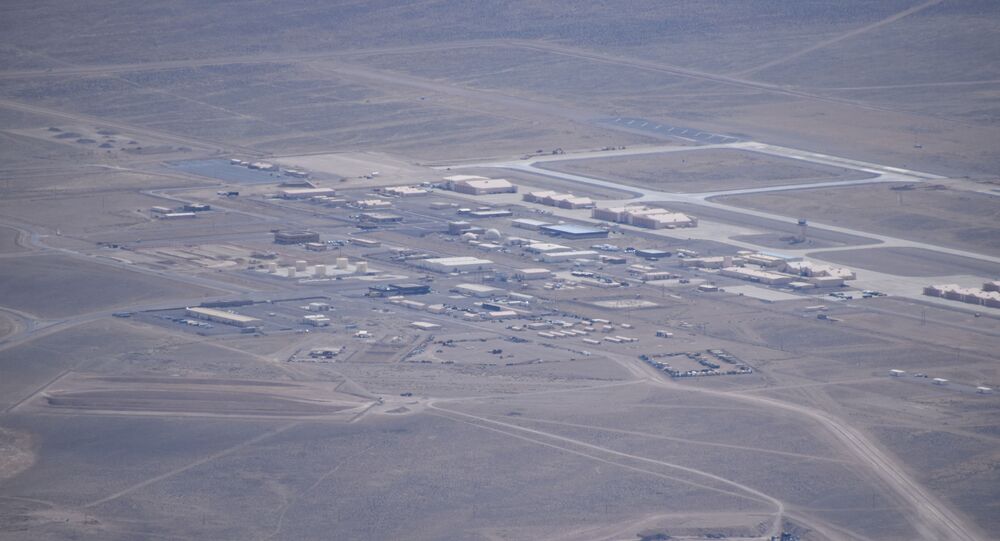 Recent satellite photos confirm what local radio operators have also noticed: the US military’s top secret Nevada Test and Training Range (NTTR) has seen a considerable spike in activity over the last month, with lots of planes spotted that likely signal a new test or training event.

The typically quiet facility deep in the Nevada desert has seen an unusual flurry of activity since mid-September, especially at the Tonopah Test Range or “Area 52,” which has long hosted experimental US military aircraft, most famously the F-117 Nighthawk.

Satellite photos from private imaging firm Planet Labs taken on September 23 spotted a slew of aircraft at the Tonopah facility’s airport. Many of them are transports, including a C-17 Globemaster III military transport, a Gulfstream V business jet, two “Janet” 737s that fly site workers to and from Las Vegas and a Boeing 767 passenger airliner. Also spotted at the range was the elusive C-32B, a modified Boeing 757 airliner used by the CIA for special missions as well as ferrying the US government’s Foreign Emergency Support Teams to crisis areas.

One of the F-117s can also be seen outside the hangar, parked as part of what The Drive’s The War Zone speculates is probably a photo shoot, since there are clearly rows of people posing in front of the stealthy strike aircraft. It’s possible they might have been preparing for the send-off of jet number 833, nicknamed “Black Devil,” which was transferred from Tonopah to Palm Springs Air Museum in California the following week.

Planet Labs, courtesy of The Drive
An F-117 Nighthawk stealth aircraft parked in front of a hangar at Tonopah Test Range Airport on September 23, 2020

Tonopah’s expansive runway, an extra-long 12,000 feet in length and 150 feet in width, can handle basically any aircraft ever built with the exception of the Space Shuttle, and the base has long played host to aircraft built by US adversaries, such as the Soviet Union and People’s Republic of China, that were acquired by Washington and its allies. Test pilots flew Soviet fighter jets against each other to learn their capabilities and practiced using the F-117 long before it ever saw combat.

More recently, the RQ-170 Sentinel flying-wing stealth combat drone has been known to fly from Tonopah.

However, what’s going on now could be anybody’s guess. One thing is for certain, however: September 23 wasn’t an isolated busy day at Tonopah: radio interceptor Bryan Herbet told The War Zone for an October 9 story that “since the end of September, the radio traffic from NTTR went from amazing to insane.”

“There was one night where radio traffic was non-stop until just after 3 a.m. The increase in activity isn't just limited to aircraft from Nellis [Air Force Base]. Known and unknown Groom Lake freqs have also been very active. Not just at night. They've been doing more flight tests during the day. My Nellis-Creech-NTTR freq list has over 100 freqs in it and in these last two weeks, I've found freqs in use that weren't already in my list. Its not often you hear ZLA [Los Angeles Air Route Traffic Control Center] working multiple aircraft above FL600, especially above NTTR, but they've been doing it,” Herbert added.

The War Zone also noted that on October 7, the mysterious RAT55, a grotesque-looking Boeing 737 with huge radomes and infrared scanners bulging out the sides, was recorded flying in the area.

This bizarre looking US military aircraft is called RAT55. Its bulging radomes and infrared detectors are used to probe the precise capabilities & limitations of stealth aircraft. pic.twitter.com/kfnRSe1LsJ

​Jalopnik reported that RAT55 is used to judge the precise capabilities and limitations of stealth technologies and the aircraft they’re applied to. Perhaps this could signal new attention being paid to the RQ-170, or some as-yet unknown stealth aircraft?