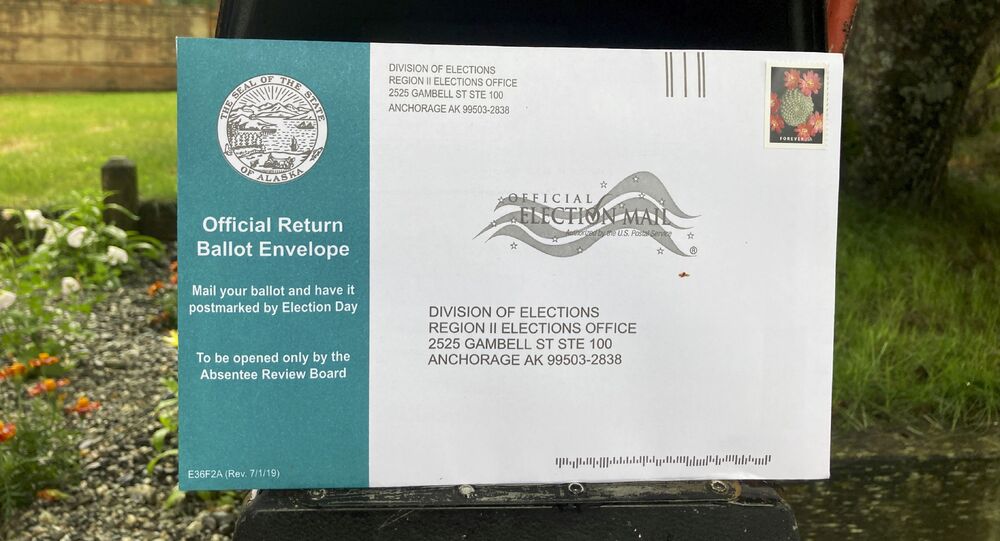 The US president has repeatedly criticised the mass mail-in voting being used as a health precaution amid the coronavirus pandemic, alleging that mail-in ballots are ripe for fraud because they are easier to steal, forge or alter, since they are not as actively supervised by election officials. Democrats have dismissed these claims.

Alaska’s Supreme Court has ruled that state residents voting by mail will no longer require a witness over the age of 18 to sign their absentee ballots.

The court threw out the rule after a lower court ruled that the witness requirement “impermissibly burdens the right to vote” amid the coronavirus pandemic. Attorneys for the plaintiffs argued that the rule to have voters’ ballots witnessed and signed by another person effectively made it impossible for those not living with another adult to vote.

Kristen Clarke, president of the Lawyers’ Committee and advocate for mail-in voting, praised the Supreme Court’s decision, calling it a “win for voters in Alaska,” and promising to “keep fighting coast to coast to protect voters from being disenfranchised amid the pandemic.”

We’ll keep fighting coast to coast to protect voters from being disenfranchised amid the pandemic. pic.twitter.com/msAM5gHfZT

State officials had attempted to keep the witness rule in place, saying its absence could create confusion. Following the ruling, the Division of Elections said that voters must still sign the back of their absentee ballot envelope and provide a voter identifier such as date of birth or driver’s license number, but confirmed that ballots would now be counted with or without the previously required witness signature.

The lawsuit to change the rules was organised by the League of Women Voters of Alaska, two elderly women and the tribal government of the community of Arctic Village.

Over 111,000 Alaskans have requested absentee ballots for November’s vote, up from the 62,455 who voted absentee in August’s primary election, Anchorage Daily News has reported.

On Track to Reach Record Highs

According to data released Monday by the United States Elections Project, 10.3 million Americans have already cast ballots by mail with election day still three weeks away. By comparison, an estimated 57.2 million voted early, absentee or by mail in 2016.

President Trump has repeatedly complained about mail-in ballots’ alleged vulnerability to fraud. Last month, he called mail-in voting a “disaster” and said he could not guarantee a peaceful transition of power if he loses based on the results of votes cast by mail. Trump’s comments prompted Joe Biden ally Senator Bernie Sanders to propose the creation of a “nonpartisan commission” by Congress to oversee the election and ensure that voting and vote-counting laws were “scrupulously” followed.

© REUTERS / MIKE BLAKE
Every Vote Counts? Mail Sorter Accused of 'Accidentally' Dumping Trump Mail-In Ballots in Trash
The FBI and the Department of Justice have recently reported “potential issues” with mail-in ballots, including evidence of ballots, mostly for Trump, being dumped in the trash, and other problems. In the state of Virginia, at least 1,400 voters were reported to have received multiple ballots. In Michigan, Republicans called for a probe over a video showing an unsecured, unlocked ballot box with a single election-related mailing in it in the city of Lansing. Last week, voters in Ohio’s Franklin County received nearly 50,000 wrong absentee ballots, prompting Trump to exclaim that the election was being “rigged.” County officials promised to correct the “serious mistake”.

Allegations of fraud haven’t been limited to the Democrats. On Tuesday, California Attorney General Xavier Becerra sent a cease and desist order to state Republican Party officials, demanding the removal of unauthorised ballot drop-off boxes organised by the GOP popping up across multiple locations.