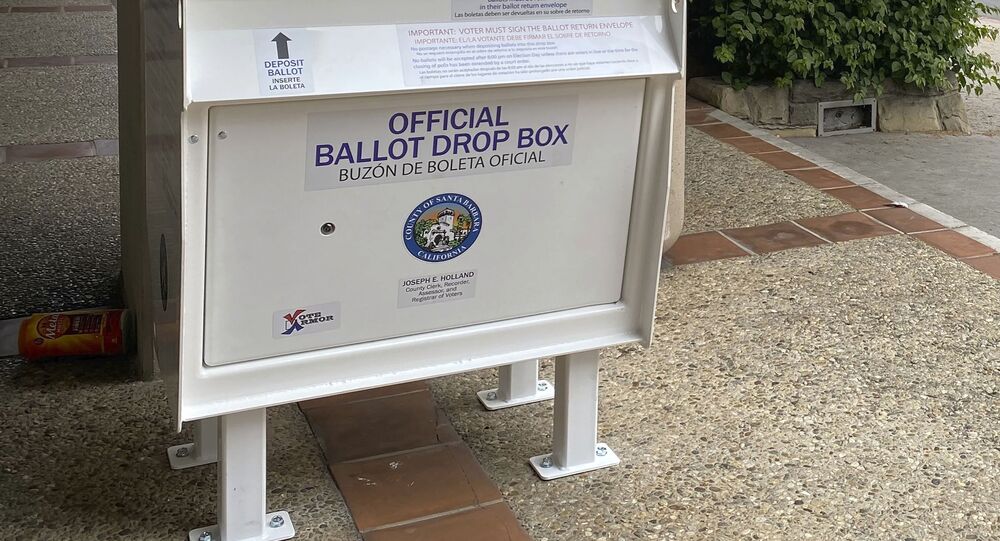 Becerra, as well as California Secretary of State Alex Padilla, have demanded that Republicans provide a list of voters whose ballots have been collected using the "unauthorised" boxes.

Anyone who tampers with the vote is tampering with free and fair elections.

We will do all that's necessary under law to protect Californians' right to vote.

According to The Los Angeles Times, a spokesman for the California Republican Party rejected the allegation of wrongdoing, saying that under a 2016 state law, any person designated by the voters can collect a completed ballot and return it either to election officials, or to a polling place, vote centre, or vote-by-mail dropbox.

Meanwhile, KCRA reported on Monday that there have been problems with some ballots in California because people are disinfecting them, which causes damage.

Courtney Bailey-Kanelos, the registrar of voters in Sacramento County, told KCRA that at least 100 ballots have been received with damage from disinfectants and alcohol sprays.

US President Donald Trump has repeatedly claimed that widespread mail-in voting could result in significant election fraud and has pointed to recent problems in local elections in New York, New Jersey and other places. The Democrats have said that Trump's claims are unfounded.