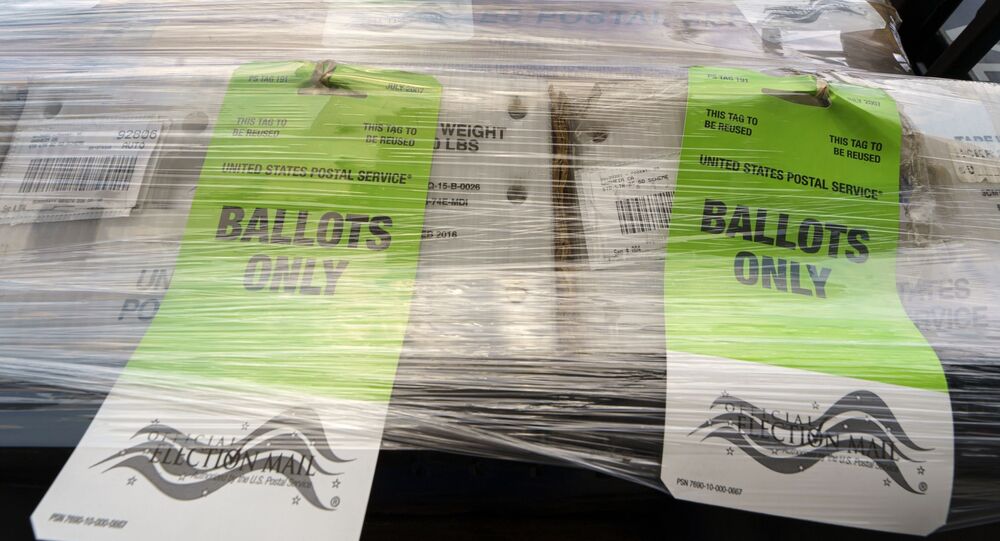 With American election season in full swing, reports emerged last week about metal cases with “official ballot drop off box” signs on them being placed in several counties across California. The state’s officials, however, insist that these boxes have not been authorised.

The California Secretary of State is now looking into reports about unofficial ballot boxes being installed in Fresno, Los Angeles and Orange counties and searching for their potential sources, according to the Orange County Register.

The report suggests that the boxes in question have reportedly been placed in churches, candidate headquarters and “local political party offices”, presumably of the California Republican Party.

A photo of one of the boxes has even been reportedly shared by a regional field director for the California Republican Party, Jordan Tygh on this Twitter account, with his post encouraging voters to message him for “convenient locations” to drop the  ballots, according to the Orange County Register.

Meanwhile, the report also said that the Fresno County Republican Party shared a list of “secure” drop box sites, including its own headquarters and local businesses, but none of them have been recognised as official, it says.

The California Republican Party did not directly comment on the issue but has apparently defended this practice in some of its Twitter replies, the Orange County Register alleges, citing the fact that it is permitted under a 2016 law for a designated person to harvest and return ballots to polling places.

Ballot drop boxes could only be located and overseen by country elections officials which follow strict state security guidelines. According to California’s Secretary of State Alex Padilla, “operating unofficial ballot drop boxes – especially those misrepresented as official drop boxes – is not just misleading to voters, it’s a violation of state law.”

The office for the Orange County District Attorney Todd Spitzer has been investigating the issue in its territory, spokeswoman Kimberly Edds said although she declined to specify who could have placed the boxes.

The reports about the issue in question have caused an uproar on Twitter, with many pre-emptively suggesting that the Republican Party has been “involved in election fraud".

The California Republican Party was involved in an effort to prevent absentee voting during a pandemic. Now their staff is involved in election fraud. This is what the GOP has devolved into. Shameful. https://t.co/YTy9sXBkYX