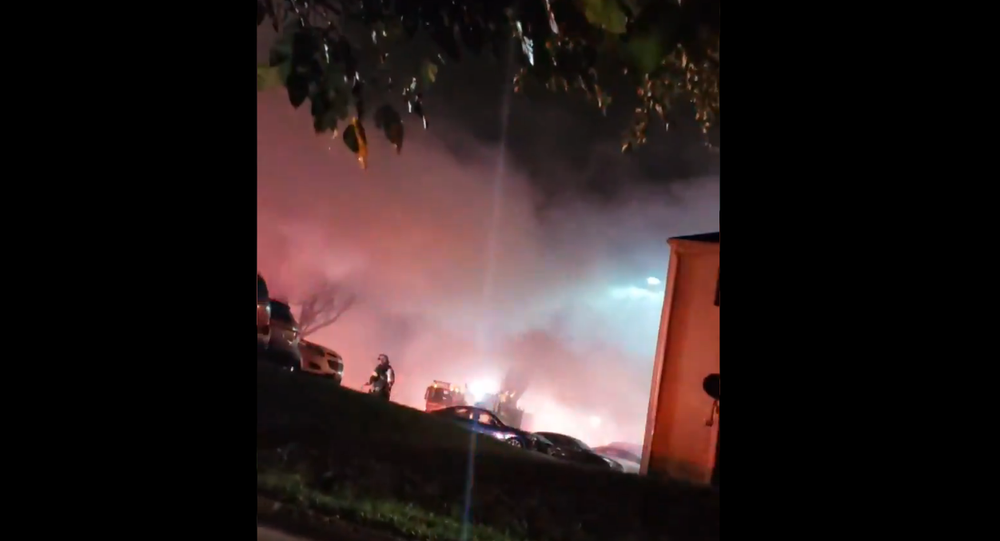 According to reports, the explosion may have been caused by a gas leak. Social media users shared videos allegedly filmed on the scene showing a heavy presence of police and firefighters.

Several explosions were heard on Sunday on Virginia Avenue in North Baltimore, Maryland, according to multiple reports by local media.

According to the reports, the first explosion was heard near Lanier Ave, with the second blast following shortly thereafter.​ A gas leak may reportedly be behind the blasts.

CBS Baltimore reported that police are blocking some roads and traffic in the area, while Baltimore Gas and Electric are responding to the incident.

Social media users shared footage allegedly recorded at the scene showing smoke coming out of buildings. Eyewitnesses told CBS Baltimore that some people may have been injured. A video allegedly showing an injured person being put on a stretcher was shared online.

One of the injured being helped onto a stretcher. Many who ran out of the apt building after the explosion were welcomed onto the stoops & front porches of neighbors -out of the rain-& given blankets. This woman was waiting on a nearby front porch until the ambulance arrived @wjz pic.twitter.com/xGf4MxZCuE

A woman told Fox Baltimore that her house was shaken and stated that she had seen flames outside her window.

*Multiple Alarm Fire*
3rd alarm fire in the Park Heights section of Baltimore involving multiple townhomes. Engines and Trucks coming from all across the city some from as far away as 4+ miles. @RichLangford734 @RyanMurphyL734 @MikeSchleyL734 @ShawnLittle734 @LoRiUnDeRwOoD51 pic.twitter.com/2XN6aB0oII

#BREAKING giant explosion heard in #North Baltimore. Woman describes her house shaking and seeing flames outside her window. Dozens of firefighters are on the scene. Stay with @FOXBaltimore pic.twitter.com/5WMQS4hzx1

No official statements have been made yet regarding the incident.