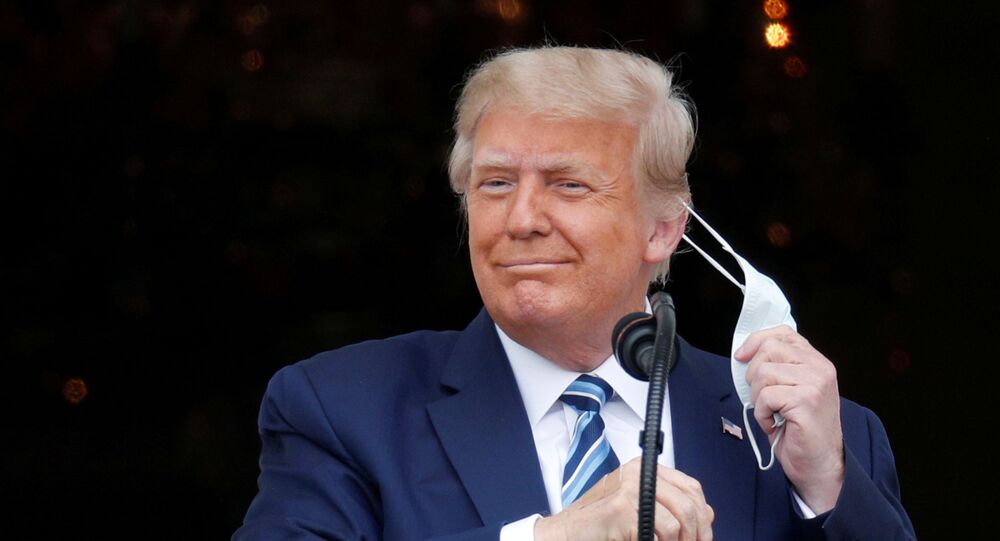 US President Donald Trump announced that he had tested positive for COVID-19 on October 2, entering the Walter Reed hospital with his wife to receive treatment. Several days later, the president repeatedly stated that he felt "great" and expressed enthusiasm to get back to campaigning and public events.

The US president's personal physician, Sean P. Conley, revealed in a Saturday statement that Donald Trump poses no risk of transmitting the coronavirus to others.

"This evening I am happy to report that in addition to the president meeting CDC criteria for the safe discontinuation of isolation, this morning's COVID PCR sample demonstrates... he is no longer considered a transmission risk to others", Conley's statement read.

The physician went on to note that "there is no longer evidence of actively replicating virus".

As the president returns to an active schedule, the statement said, Conley will continue to clinically monitor Trump.

JUST IN: Dr. Sean Conley says Trump “is no longer considered a transmission risk to others” based on a PCR test conducted this morning pic.twitter.com/zWiLvaLCRb

​Trump announced that he and his wife had been diagnosed with COVID-19 on 2 October, saying that they would self-isolate. He was then admitted to Walter Reed military hospital, where he received experimental treatment of an antibody cocktail, which he later praised, commenting on a speedy recovery.

Trump then promised to make the treatment that he received accessible to anyone infected with the coronavirus. He has currently asserted that he feels "great" and is ready to resume campaigning.

Shortly after the president revealed that he had been infected, the announcement disrupted the schedule of presidential debates, with the Commission for Presidential Debates initially switching the second match-up between Trump and Joe Biden to a virtual format and then cancelling the online event after Trump refused to participate.

The second presidential debate - and currently claimed by the Commission to be the last, despite three initially-planned meetings - is expected to take place on 22 October.