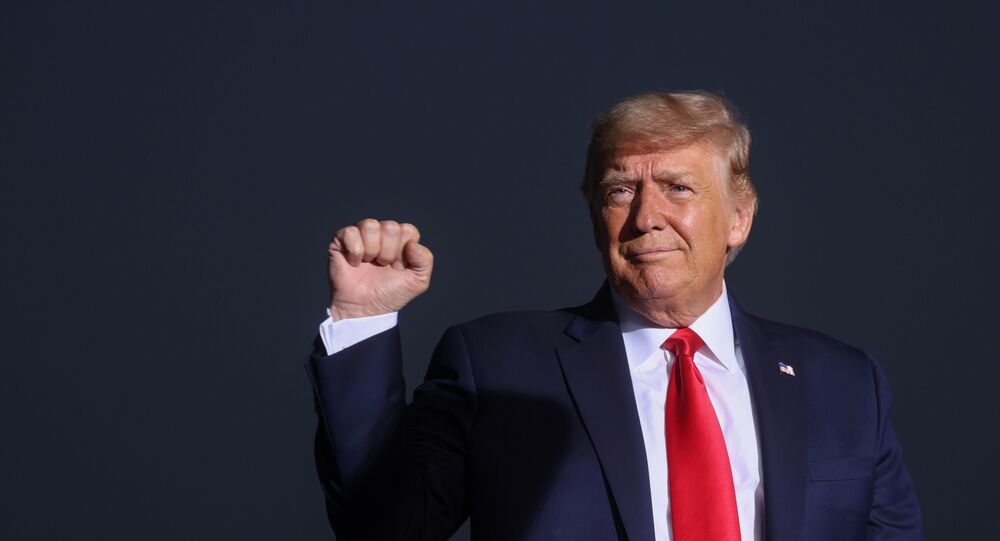 This year, US President Donald Trump did not receive the peace prize, although he was nominated for peacemaking attempts, with those nominating him citing the peace deal between the Gulf Nations and Israel.

Hardly were the winners of 2020 Nobel Prize announced when US President Donald Trump was nominated for the peace prize in 2021, a move put forward by Laura Huhtasaari, a Finnish member of the European Parliament (MEP).

A Trump peace prize would be “in recognition of his endeavors to end the era of endless wars, construct peace by encouraging conflicting parties for dialogue and negotiations, as well as underpin internal cohesion and stability of his country", according to the nomination letter written by Huhtasaari.

"President Trump has served almost a complete presidential term without starting a new war. This would be the first time for almost four decades, when the president of the United States of America has served a term without engaging his country to new conflicts. Moreover, he has fulfilled his previous campaign pledge by withdrawing thousands of troops from Iraq and Afghanistan", Huhtasaari asserted.

The Finnish MEP was referring to the so-called Abraham Accords - a peace deal between Israel, the United Arab Emirates and Bahrain, mediated by the United States earlier in September.

“It is hard to imagine a president of the United States from the last decades, or a current head of state, who would deserve more the Committee’s recognition in 2021 than President Trump for his efforts to build peace in the world,” Huhtasaari wrote.

​Trump had a chance at a Nobel peace prize in 2020, nominated by some members of the Norwegian and Swedish parliament for the Arab-Israeli peace deal. However, the prize went to the World Food Programme (WFP) "for its efforts to combat hunger, for its contribution to bettering conditions for peace in conflict-affected areas and for acting as a driving force in efforts to prevent the use of hunger as a weapon of war and conflict".

The Nobel Committee, appointed by the Norwegian parliament, decides the prize winners. In October 2021, it will decide on whether Trump secures the accolade.