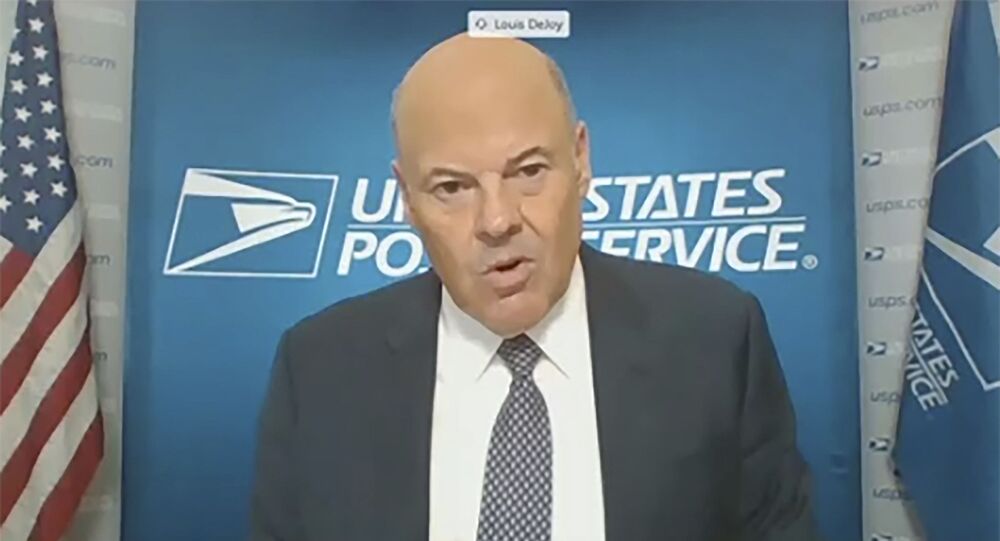 The Postmaster-General has become the subject of widespread controversy in recent months for his sweeping changes and proposals to the postal services, leading some Democratic lawmakers to accuse him of trying to tip the balance in the coming election.

According to the FEC filings, DeJoy, who was a key businessman and prominent Republican donor in North Carolina prior to taking up his post as the head of the US Postal Service, handed an accumulated $685,230 to the Charlotte Host Committee in four donations between late December 2018 and March 2020.

Convention host committees often plan for the quadrennial private meetings years before the actual events take place and rely on donations to fund them. $44 million in total was raised by the Charlotte committee and more than $38 million was spent.

Both Republican and Democratic conventions this year were stifled by the coronavirus pandemic and had to make serious adjustments. Trump's nomination acceptance speech was given from the White House instead of North Carolina, and Democrats hosted an almost entirely virtual event.

The donations could add fuel to widespread criticism from congressional Democrats around Dejoy's leadership of the Postal Service and controversial changes, including changing delivery policies and removing up to two dozen postal executives, including those who oversee daily operations.

The controversial reforms he sought to introduce in Postal Service operations led to DeJoy’s relationship with President Trump and the Republican Party gaining national attention.

DeJoy has also faced criticism over an alleged $30 million equity stake in his former Postal Service contracting firm, and his recent acquiring of Amazon stocks, a competitor to the Postal Service.

The House Oversight and Reform Committee announced in September that an investigation would be launched into DeJoy regarding claims that he reimbursed employees for GOP candidate donations.

Democrats accused the postal chief of trying to swing the 2020 November in Trump’s election when the mail-in ballots are expected to increase due to the coronavirus pandemic.

© REUTERS / JONATHAN DRAKE
An election worker surveys thousands of absentee ballots awaiting preparation at the Wake County Board of Elections on the first day that the state started mailing out absentee ballots, in Raleigh, North Carolina, U.S. September 4, 2020.

President Trump maintains that mail-in ballot voting would make the situation easier for those looking to commit voter fraud either through noncitizens will vote illegally or carriers will discard votes for the Republican ticket. The Democrats have conversely claimed that existing state laws are in place to prevent such activity.

While voter fraud is extremely rare, with the Brennan Center for Justice at New York School of Law finding incident rates of "0.0003 percent and 0.0025 per cent", they are less rare in the case of mail-in ballots.

County officials responded to the Trump's immediate claim of a "rigged election", claiming that the phenomenon was a "serious mistake" and measures had been taken to fix the error.

The Franklin County Board of Elections announced that 49,669 voters in the county received an incorrect ballot. In a statement, the board said they have "already begun the process to print, stuff, and mail the 49,669 replacement ballots." pic.twitter.com/T2ZSzmlxMC

​The Michigan GOP office also claimed to have found a ballot box that could be opened, claiming that the integrity of the voting utensil could not be assured.

Criticism was leveled at the New York City Board of Elections regarding several mail-in ballot errors including wrong names, addresses and military affiliation where there was none.

Pennsylvania reportedly saw discarded mail ballots with votes for Trump, leading to concerns raised to the Department of Justice.