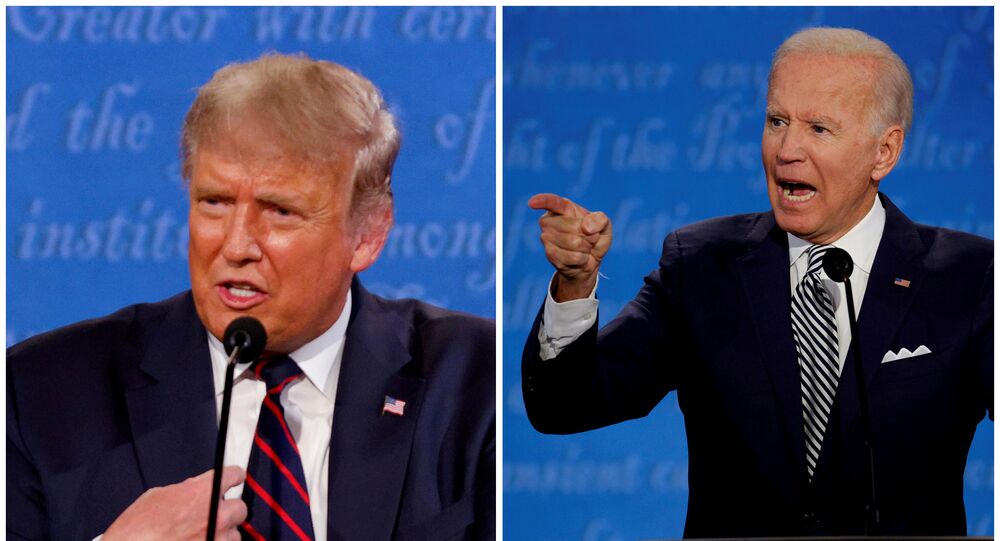 Sen. Ted Cruz (R-Texas) has underscored the current volatility of the looming presidential election in the US, warning the Republican Party that it could find itself facing a “bloodbath” on 3 November, reported The Hill.

Cruz spoke on CNBC’s Squawk Box to voice the opinion that it was extremely difficult to predict the outcome of the presidential election as President Donald Trump could get reelected by a “big margin” if voters were made to feel optimistic about the future of the COVID-19-impacted economy and the authorities’ handling of the health crisis.

“I am worried. It’s volatile, it’s highly volatile ... if people are going back to work, if they’re optimistic, if they’re positive about the future, we could see a fantastic election — the president getting reelected with a big margin, Republicans winning both Houses of Congress and I think that’s a real possibility,” said Cruz.

On the other hand, said the senator, Republicans could face landslide losses in a throwback to the Democratic landslide in the 1974 midterm elections following the Watergate scandal that resulted in the then-president Richard Nixon’s resignation.

“But I also think if on Election Day people are angry and they’ve given up hope and they’re depressed, which is what [Speaker Nancy] Pelosi and [Senate Minority Leader Charles] Schumer want them to be, I think it could be a terrible election. I think we could lose the White House and both houses of Congress, that it could be a bloodbath of Watergate proportions,” conceded Cruz.

This comes as Democratic presidential nominee Joe Biden has taken his largest lead in months over Donald Trump, registering a 9.7-point lead according to the RealClearPolitics average of polls.

Biden is similarly shown as maintaining a lead in key battleground states such as Wisconsin, Michigan and Pennsylvania, while Trump is currently polling weaker than expected in states such as Ohio, Iowa and Georgia.

According to FiveThirtyEight. Biden has now opened a double-digit lead over Trump in national polls. pic.twitter.com/B0i3twyiYD

​Besides the battle for the White House between Trump and Biden, the elections on 3 November will decide the future of 35 seats and dominance in the US Senate, currently held by the Republican Party, also referred to as the GOP (Grand Old Party), at 53 to 47.

According to the latest assessment of the situation offered by the Cook Political Report, the principal struggle for control of the Senate will unfold in six states where Republican and Democratic candidates have toss-up chances of winning the vote. The six seats are currently held by GOP Senators.

In three of these states, Iowa, Maine and North Carolina, Democratic candidates are said to be polling higher than their Republican counterparts.

In the remaining three states, Montana, Georgia and South Carolina, while GOP candidates currently holding their seats have the upper hand, the margin between them and their Democratic rivals is too slim to allow for complacency.