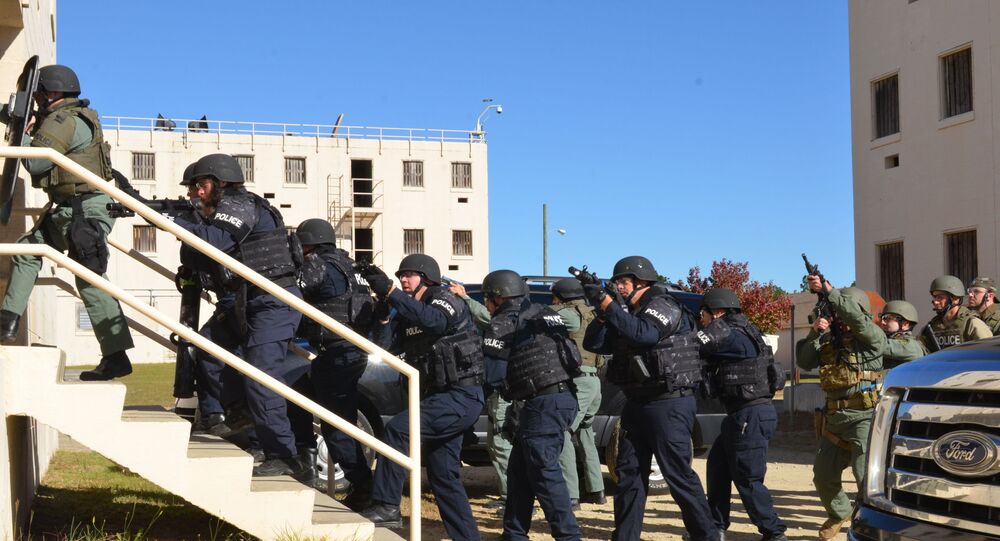 US police departments taking advantage of the ability to acquire Washington’s surplus military equipment could very well be contributing to unrest and violence in the same communities they are sworn to protect, according to a new analysis.

The Atlanta Journal-Constitution revealed on Thursday that data from the US military and police departments nationwide presented a disturbing relationship between police killings and the US Department of Defense’s 1033 program - an initiative that allows everyday law enforcement to acquire surplus equipment designed for war.

“The results paint a troubling picture: The more equipment a department receives, the more people are shot and killed, even after accounting for violent crime, race, income, drug use and population,” wrote AJC’s Chris Joyner and Nick Thieme.

For example, AJC found that in the US state of Georgia, a mere 7% of law enforcement agencies received the free 1033 gear over a 10-year period. At the same time, 17% of the 261 individuals shot and killed by authorities in that time were traced back to those 1033-equipped departments.

“The statistical correlation doesn't prove that 1033 gear in a police department causes more fatal police shootings, or that those shootings were unjustified, only that there is a strong relationship between the two,” Joyner and Thieme detailed. “The analysis also doesn't suggest that every department in the 1033 program displays a strong relationship between the number of people killed and the amount of 1033 funding accepted.”

"The cost that we are dealing with now is a highly militarized police force that is no longer looking like police but [is] looking like they are patrolling a hostile foreign nation," remarked Wayne McElrath, a senior investigative adviser for the Project on Government Oversight in Washington, DC.

McElrath, experienced in both US law enforcement and the US military, argued that government initiatives such as the 1033 program propagate toxic policing practices that are rooted in war-fighting, rather than public safety.

"They are changing the culture," he said. "But we are beginning to accept that it is the norm."

Similar research was carried out in 2018 by University of South Carolina professor Edward Lawson and published in the peer-reviewed academic journal Political Research Quarterly.

Lawson, who also serves as a data consultant with the South Carolina Department of Health and Human Services, examined two years’ worth of nationwide data and found the same relationship between 1033 equipment and police killings.

The professor told AJC that department culture, leadership and related factors add a psychological element to the equation.

"Drawing a direct connection from equipment to killings doesn't make sense, in part because most officers never get to use any of that stuff anyway," Lawson argued. "But if the agency as a whole is more psychologically militarized, that agency will pursue more military equipment and will also kill more civilians."