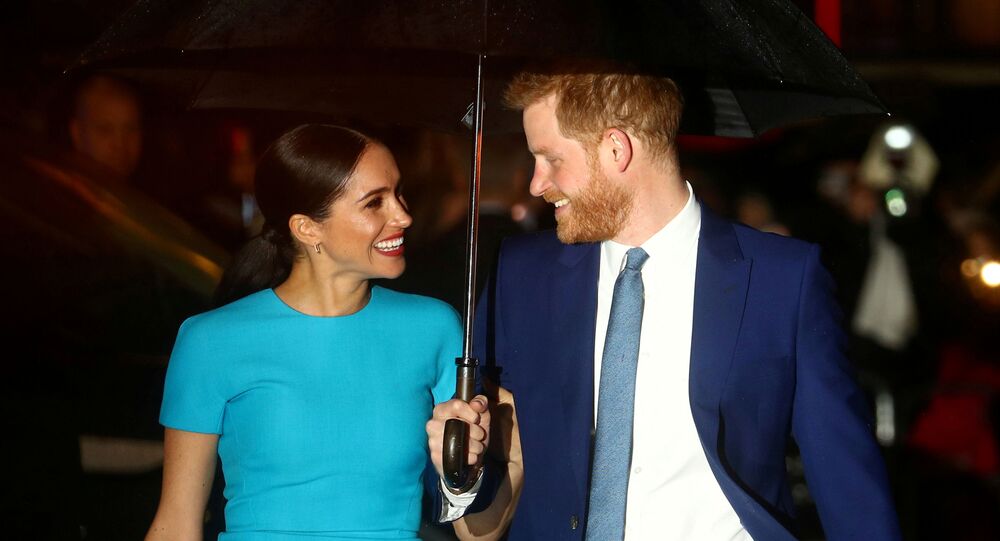 A lone US congressman has demanded the British government and royal family take action against Prince Harry Mountbatten-Windsor and Meghan Markle, arguing the Duke and Duchess of Sussex are actively conducting “domestic interference” in the 2020 US presidential election.

Rep. Jason Smith (R-MO) revealed Friday that he had issued a letter to Dame Karen Pierce, the British ambassador to the United States at the Foreign and Commonwealth Office, to express his concern over Harry and Meghan’s “continued interference” in the 2020 presidential election.

Prince Harry and Megan Markle are using foreign titles to campaign against President Trump and interfere with our election. Today, I asked the British Government to put a stop to it.

The congressman stated he became “concerned” by recent comments the married couple made amid the virtual gala for the “TIME 100: The Most Influential People of 2020” event.

"As we approach this November, it's vital that we reject hate speech, misinformation and online negativity," said Harry on September 22. "It's time to not only reflect but act.”

"We're just six weeks out from Election Day, and today is National Voter Registration Day," noted Markle, who is a US citizen and eligible to vote on November 3.

Meghan: “Every 4 years we are told the same thing, that this is the most important election of our lifetime...but this one is!”

Harry:” This November I’m not going to be able to vote...I haven’t been able to vote in the UK in my entire life...” #Time100 pic.twitter.com/BbQYSF8ock

Smith asserts Harry and Meghan engaged in domestic interference via encouraging Americans to vote and instructing them to “reject hate speech, misinformation and online negativity.”

He also highlighted that while the British royal family has historically followed a policy of political neutrality, the leanings of the Duke and Duchess of Sussex are “thinly disguised and widely reported.”

While Harry and Meghan’s exit from the royal family is public knowledge, Smith contended that Queen Elizabeth II has allowed them to retain their titles of duke and duchess, as well as certain “privileges.”

“Therefore, by allowing the Duke and Duchess of Sussex to retain their titles, and these political comments to continue, the British Government is effectively condoning interference in the 2020 United States Presidential Election from officials at the highest level of the British establishment,” he wrote.

The congressman concluded by demanding the British government muzzle Harry and Meghan or strip the two of “all titles, styles, and privileges which they currently retain.”

However, when US President Donald Trump was asked about the couple’s remarks last month, he appeared to take the comments in stride, despite the reporter claiming that Harry and Meghan “essentially encouraged people to vote for [Democratic presidential candidate] Joe Biden.”

'I'm not a fan of hers,' President Donald Trump said after Meghan Markle called on Americans to register to vote in the upcoming presidential election pic.twitter.com/QkGCSdEWWv

“I’m not a fan of hers,” Trump said of Markle during his September 23 news conference from the White House. “I wish a lot of luck to Harry, because he’s going to need it.”