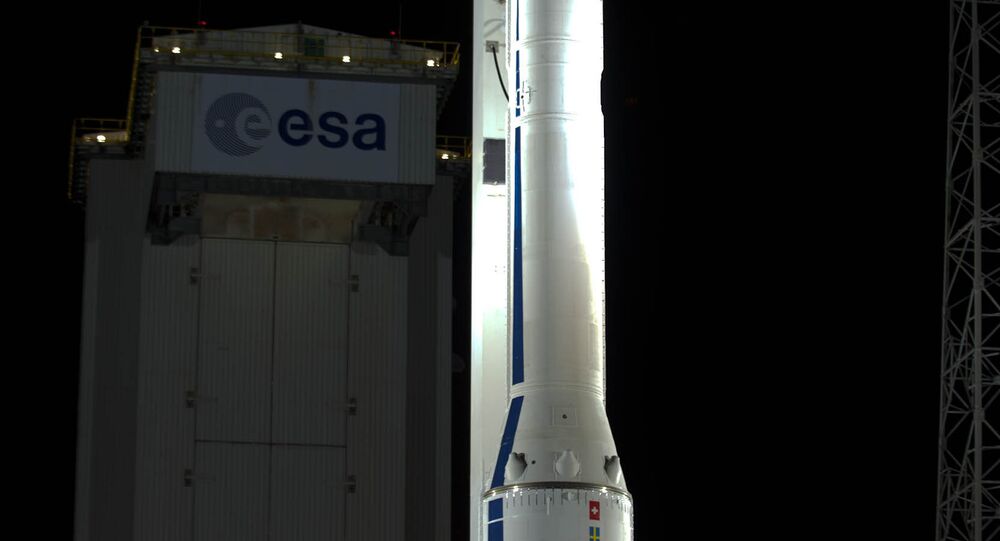 The launch was carried out by multinational company Arianespace. This year the company has conducted six launches, which saw the company orbit 128 satellites. Most of them were CubeSats deployed from Vega SSMS and Soyuz missions.

Two US satellites have failed to enter orbit due to an abnormal situation that occured during the launch of a Vega rocket, a source told Sputnik.

The Vega rocket launched from the Kourou space centre in French Guiana last month carried 53 satellites, eight of them were made in the US. According to the source, two US satellites failed to leave their containers.

"After the launch, two out of the eight US Lemur-2 satellites did not leave the launch containers that were installed on the fourth stage of the Vega rocket. They were de-orbited, together with the stage”, the source told Sputnik.

Lemur-2 satellites developed by Spire are designed to track ships and collect atmospheric data that is used in weather forecasting. The constellation of Lemur-2 satellites are currently located in the low-Earth Orbit.

Arianespace, which operates the Vega rocket, has not yet commented on the report.

Arianespace intended to conduct twelves launches this year, but the plans were torpedoed by the coronavirus outbreak. So far, the company has held six launches. In December, Arianespace plans to launch OneWeb satellites into low orbit from the Vostochny cosmodrome in Russia’s Far East.