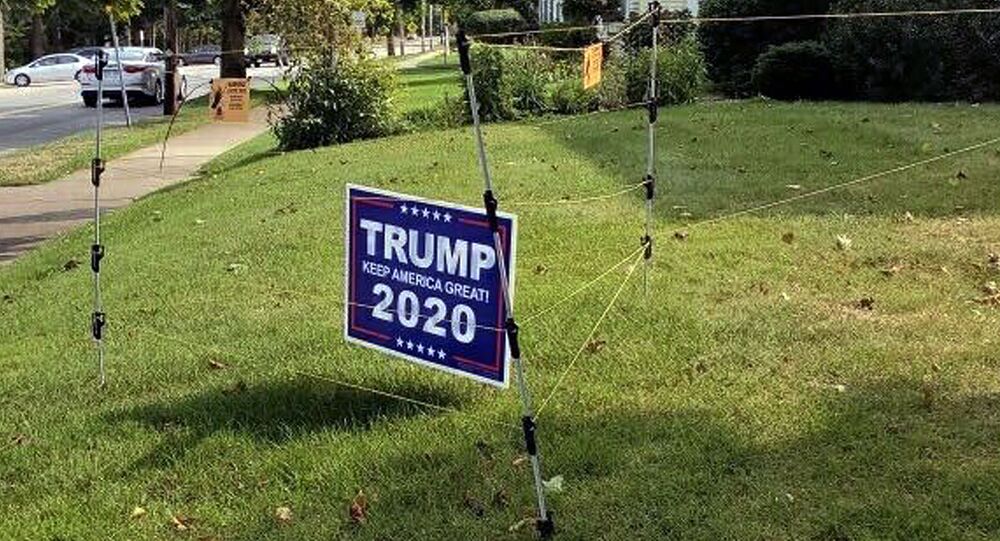 Earlier in Maryland, a handful of Trump campaign signs were among those "supplied" with suspicious devices. They were later determined by bomb squads to be harmless sound alarms which would make a noise if an attempt was made to move the sign.

A township worker in Michigan received 13 stitches in his hand after it was sliced by a Trump-Pence campaign sign which was boobytrapped with razor blades, according to reports by local media.

The worker reportedly pulled over to remove the Trump-Pence sign that was too close to the road and "thought it was electrocuted" because of the razor blades it had been lined up with.

"He jumped and let go of it, looked at his hand and realized he was bleeding aggressively,” said Commerce Township Supervisor Dave Scott, cited by WDIV Local 4. "Why would someone set a boobytrap sign to harm someone? A child could have picked it up".

Heavily bleeding, the worker drove himself to the hospital, where he received 13 stitches on his fingers.

“I think that is absolutely terrible. It’s really too bad that someone would go to that length to protect a political sign,” one of the neighbours, Julee Henry, said.

The incident is being investigated by the Oakland County Sheriff’s Office.

Earlier, some Trump-Pence signs were seen among a bunch of yard signs to which sound alarms were attached, sounding in case someone tried to move the sign. The devices raised concerns among locals, and a bomb squad from the Office of the Maryland State Fire Marshal (OFSM) spent 36 hours responding to the "suspicious devices".