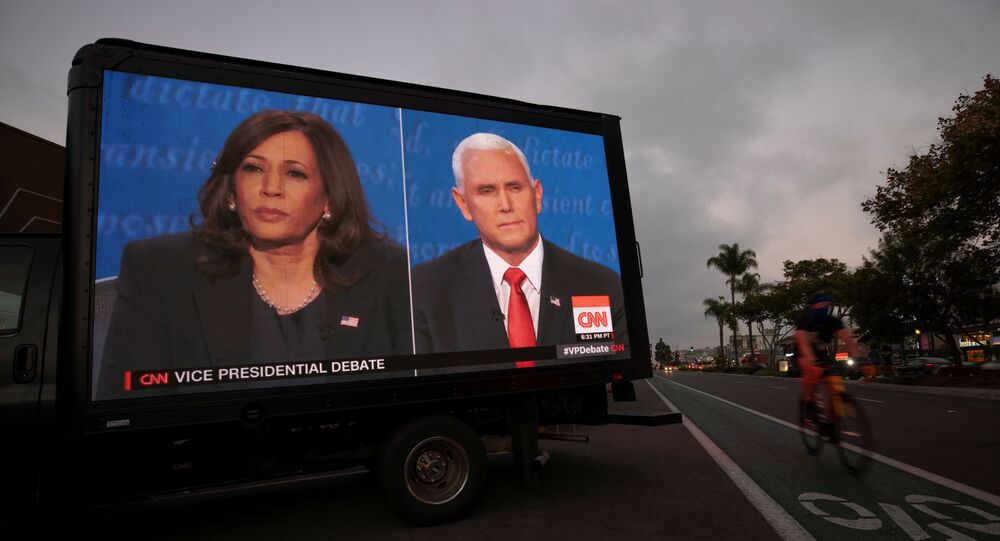 During Wednesday evening's debate with Vice-President Mike Pence, Democrat Kamala Harris insisted that Joe Biden will not ban fracking. But President Trump pointed out her unequivocal stance against the gas drilling method during her party's primaries.

US President Donald Trump accused Democratic rival Joe Biden of hypocrisy over his U-turn on fracking - stressing that his home state would "die" without the gas industry.

In a series of tweets on Thursday, Trump said both Biden and his running-mate Kamala Harris had promised to ban the controversial gas extraction method to garner support from the left of their party during the primaries.

The president said Biden's home state of Pennsylvania would "die" without the fracking industry, which he claimed had brought in massive numbers of jobs and money.

"For one year they called for No Fracking and big Tax Increases. Now they each say opposite," Trump added, insisting the "Lamestream Media" would have called out such an about face by Republicans.

Trumps latest attack on the Democrats followed Wednesday Night's televised debate between Harris and Vice-President Mike Pence. The Democratic VP candidate insisted during the exchange that Biden, who called Trump a “climate arsonist” last month as wildfires burned across the country, was not anti-fracking.

"I will repeat, and the American people know, that Joe Biden will not ban fracking. That is a fact,” she said.

But on Wednesday night Trump tweeted a video of Harris, during her failed campaign for the presidential nomination, telling a Pennsylvania Democrat supporter: "There's no question I'm in favour of banning fracking."

Harris also drew fire from the left of her own party when New York Congresswoman Alexandria Ocasio-Cortez tweeted: "Fracking is bad, actually."

​​The Pennsylvania Department of Labour and Industry has said that between 20,000 and 50,000 jobs have been directly or indirectly created by fracking in the state. But according to the American Petroleum Association, the combined oil and gas industries employ over 320,000 Pennsylvanians, paying $23 billion in wages that supports the state-wide economy.

Biden said during the CNN Democratic primary debate that fossil fuels and fracking would be "worked out" and "eliminated" if he became president. But at a CNN 'town hall' event in September he modified his position, saying: "The way to get rid of fracking is to reduce demand for oil and gas. Eliminating fracking without reducing that demand is a prescription for increasing US energy dependence."

Governor Says Fracking May Be Permanently Banned in New York