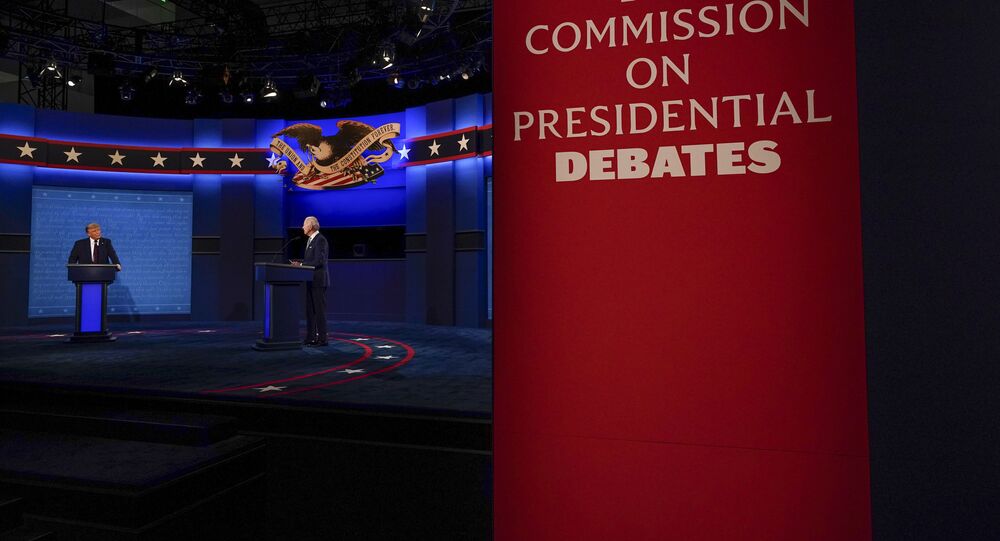 The fate of the second and third presidential debates has been thrown into question after Donald Trump last week tested positive for the coronavirus. The president spent several days in hospital, but has since returned to work in the White House.

Donald Trump’s presidential campaign has agreed to postpone the remaining presidential debates with Democrat Joe Biden. The campaign has given a green light for the second round, initially scheduled for 15 October, to be held on 22 October and the third on 29 October. Trump stressed that he wants to hold in-person debates with Biden before the 3 November vote.

"Americans deserve to hear directly from both presidential candidates on these dates, October 22 and 29", the Trump campaign said in a statement.

Joe Biden's campaign has rejected Trump's proposal to move the third round of debate to 29 October.

Earlier in the day Trump threatened to skip the next face-off with Biden after the Commission on Presidential Debates suggested holding the second debate virtually due to the fact that the president had contracted the coronavirus. The nonpartisan commission said that their decision was motivated by a desire to "to protect the health and safety of all" people involved in the event. But Trump insisted on in-person debates, saying he is in "great shape" and called the commission’s idea a "joke".

"I'm not going to waste my time on a virtual debate. That's not what debating is all about," Trump told Fox Business.

After Trump tested positive for the coronavirus, Biden suggested that the two not hold the second round of debate, but at the same time stressed that he was ready to face his opponent if health experts thought it would be safe.

The first round of debate between the two was dubbed by the mainstream media as the worst in US history, with both politicians stooping to name-calling and insults.

Recent polls show that Biden has widened his lead over Trump nationwide, including in swing states, where the two have been in a tight race over the past months. The US presidential election will be held on 3 November.