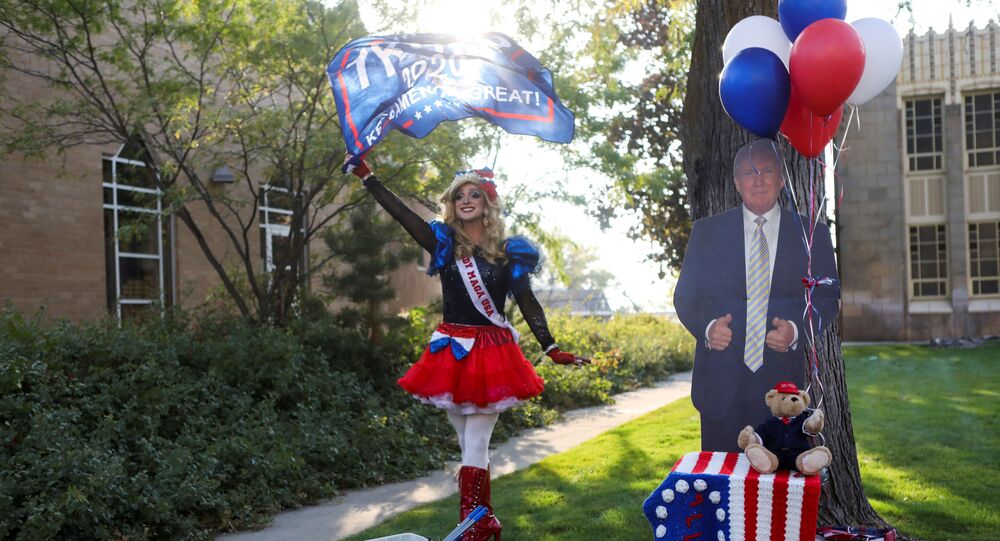 Last week, US President Donald Trump and First Lady Melania tested positive for the coronavirus after one of the presidential aides, Hope Hicks, contracted the disease earlier.

US President Donald Trump has refused to take part in a virtual debate with former Vice President Joe Biden in an interview with Fox Business Network's Maria Bartiromo.

"I'm not going to do a virtual debate", he said.

Trump also accused the bipartisan debate commission of trying to "protect" his opponent.

He continued on by saying that he will be tested for COVID-19 again "very soon".

Earlier today, the Commission on Presidential Debates said in a statement that the next debate between Trump and Biden on 15 October would be held in a virtual format.

"The town meeting participants and the moderator, Steve Scully, Senior Executive Producer & Political Editor, C-SPAN Networks, will be located at the Adrienne Arsht Center for the Performing Arts of Miami-Dade County in Miami, Florida. The White House Pool will provide coverage of the second presidential debate", the statement read.

These measures are being taken "in order to protect the health and safety of all involved with the second presidential debate", according to the statement.

© AP Photo / Tia Dufour
As COVID-Hit Trump May Leave Hospital on Monday, What's Known About His Condition So Far?
On 2 October, Trump was admitted to the Walter Reed Medical Centre after testing positive for COVID-19. Trump’s doctors stated over the weekend that he had a high fever and his blood oxygen levels dropped a couple times.

After being discharged from the hospital on 5 October, Trump in a video message said he was feeling better than he had felt in 20 years and called on Americans not to fear COVID-19.

Trump has said he is looking forward to participating in the second presidential debate next week.

Was Trump Right to Refuse to Take Part in Virtual Debate?

Commenting on the US president's announcement, US political analyst Paul Taylor said that Democrats could use a virtual debate as an "opportunity to move forward assault [sic] on the American public with the 'scamdemic'":

"I call it that because the Democrats have promoted an illusion of fear based, fact ignoring restrictions leading to separating people from the truth. Doing a virtual debate would only indicate the continued promotion of this overrated, exaggerated and anti-Constitutional strong-arming done by the Democrats who need this promotion since they never can deliver any positive ideas helping America," he declared.

Pamela Geller, a political activist, commentator and editor-in-chief of her Geller Report, shares this sentiment, remarking that, in her opinion, a virtual debate would help Democrats "mute" their rivals.

"Trump overwhelmed Biden in their debate. Then Pence humiliated Kamala Harris before the nation last night, exposing her dishonesty, arrogance, and insidious agenda. In response, the debate commission wants a virtual debate so it can mute Trump and aid Biden. Trump is right not to go along with this reprehensible charade," she stressed.