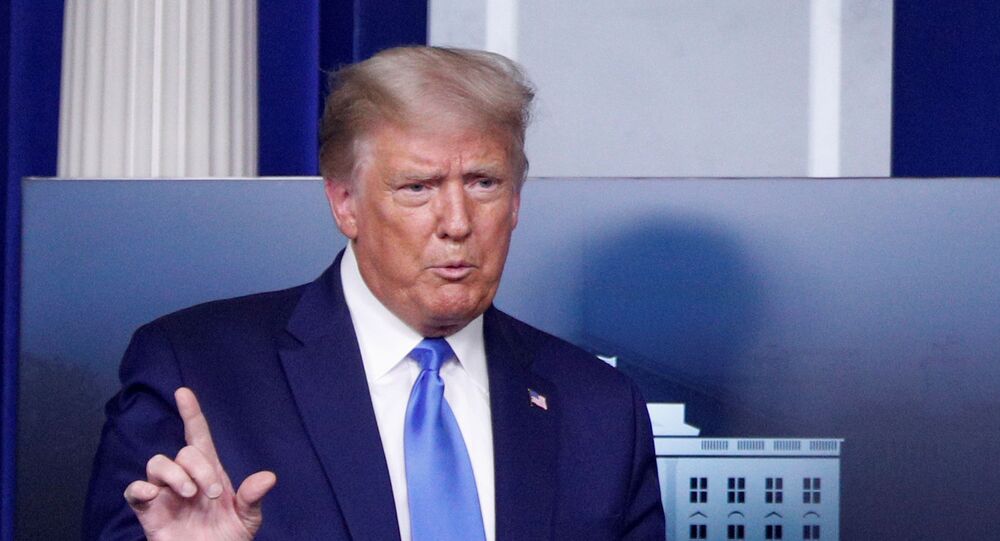 US President Donald Trump called Kamala Harris "a gaffe machine" in a live-tweet, which came amid Wednesday's vice presidential debate between the Democratic Senator and incumbent VP Mike Pence.

Trump praised the US vice president's performance during the debate, noting that Pence did "great" and that he "won big".

Mike Pence is doing GREAT! She is a gaffe machine.

"He was controlled, methodical, and persuasive. On points, you would have to call him the winner", Wilson says, adding that as far as Harris' performance is concerned, it "was fairly solid".

According to Wilson, the Democratic Senator was "on her strongest ground" when talking about coronavirus pandemic-related issues and healthcare.

"She delivered a powerful indictment (not always entirely fair) of the Trump administration's handling of the virus. Pence was stronger on just about everything else. He delivered strong indictments of the Biden-Harris ticket on taxes, energy policy, and court packing, the analyst points out.

Laura Wilson, political analyst and political science professor at the University of Indianapolis, for her part, notes that the Wednesday event was "far more orderly and issue-focused" as compared to last week's presidential debate between Trump and Democratic nominee Joe Biden.

When it comes to Pence, he "hit high moments with his criticism of court-packing (a point Harris failed to answer) and the need for fracking (a win for voters in Pennsylvania, a major fracking state and also one of Biden's home states)", Laura Wilson says.

© REUTERS / MIKE BLAKE
1st Presidential Debate in US: How Trump Managed to Look 'Stronger' Than Biden in 'Slanging Match'
In the first and only vice presidential debate in Salt Lake City, Utah, Pence and Harris locked horns over a number of hot-button issues, such as the coronavirus fallout, climate change, police violence, rigged voting, and Iran.

The standoff came after the 30 September presidential debate, during which Trump and Biden pressured each other on a range of topics, starting from the coronavirus pandemic and finishing with election integrity, with their views clashing on almost every point.

Ahead of US Vice-Presidential Debate, What Challenges Face Pence, Harris?