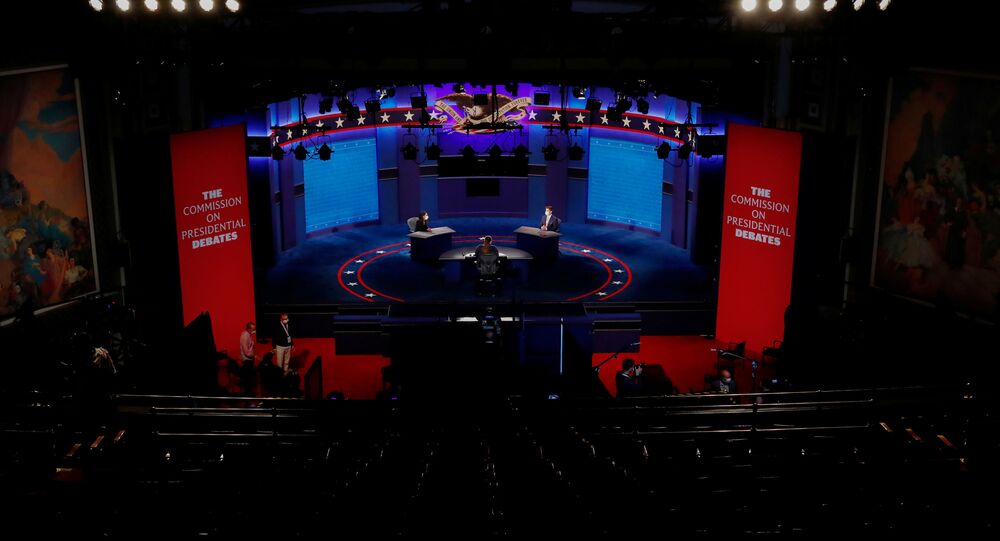 WASHINGTON (Sputnik) - US Vice President Mike Pence and the Democratic candidate for the office, California Senator Kamala Harris, head into Wednesday night’s debate with public opinion largely negative against both, according to a new PEW Research Center poll on Wednesday.

"Around half of registered voters (51 percent) give Pence ‘cold’ ratings, while slightly more than a third (36 percent) give him ‘warm’ ratings and 12 percent have neutral feelings," a press release explaining the poll said. "For Harris, 48 percent express cold feelings, 39 percent have warm feelings and 13 percent give her neutral ratings."

The PEW Research Center based its ratings on a "feeling thermometer" in which voters participating in the survey are asked to rate each on a scale of 1 to 100. Ratings above 50 are considered warm, ratings below 50 are considered cold and ratings of 50 are neutral, the release said.

As with nearly every poll ahead of the 3 November election, partisanship largely explains survey results. Both candidates draw higher cold ratings among voters in the opposing party than warmer ratings among members of their own party, the release added.

About seven-in-ten Republican and Republican-leaning registered voters (71 percent) have warm feelings for Pence, while an even larger share of Republican voters (85 percent) give cold ratings to Harris.

Harris’s ratings among partisans are nearly a mirror image of Pence. While 71 percent of Democratic and Democratic-leaning voters give Harris warm ratings, 86 percent feel coldly toward Pence, according to the release.