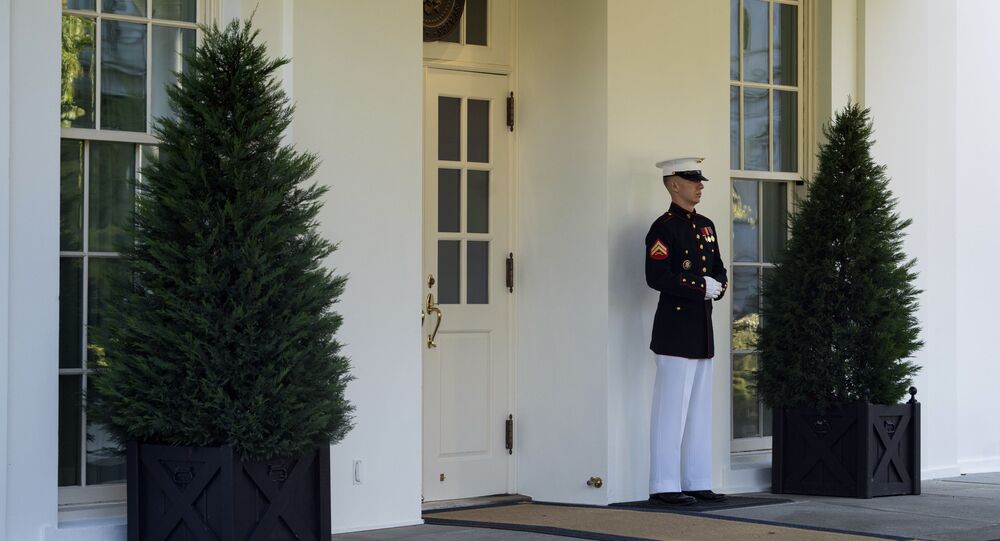 US President Donald Trump has returned to the Oval Office to participate in COVID-19 stimulus talks and discuss hurricane relief options, as Hurricane Delta is expected to move toward the US Gulf Coast over the next few days.

Morgenstern has also refused to reveal when Trump's last negative test was, telling reporters: "I don't know when he last tested negative ... We're not asking to go back through a bunch of records and look backwards."

Trump also confirmed Wednesday via Twitter that he had just been briefed on Hurricane Delta.

​The president revealed he had tested positive for the novel coronavirus last Friday. After spending three nights at the Walter Reed National Military Medical Center, Trump returned on Monday to the White House despite his physician, Dr. Sean P. Conley, stating earlier that day that Trump was not "out of the woods yet."

Trump on Tuesday halted talks with Treasury Secretary Steven Mnuchin and House Speaker Nancy Pelosi (D-CA) on a new coronavirus relief package, weeks before the election. One day after shutting down negotiations, Trump called on Congress to pass relief for airlines, as well as for small businesses through the Paycheck Protection Program.

On Tuesday evening, Trump also tweeted about a bill that would provide stimulus checks to the American people.

​In a statement issued earlier Tuesday, Pelosi said that the White House is "in complete disarray."

"Today, once again, President Trump showed his true colors: putting himself first at the expense of the country, with the full complicity of the GOP Members of Congress. Walking away from coronavirus talks demonstrates that President Trump is unwilling to crush the virus," Pelosi added.