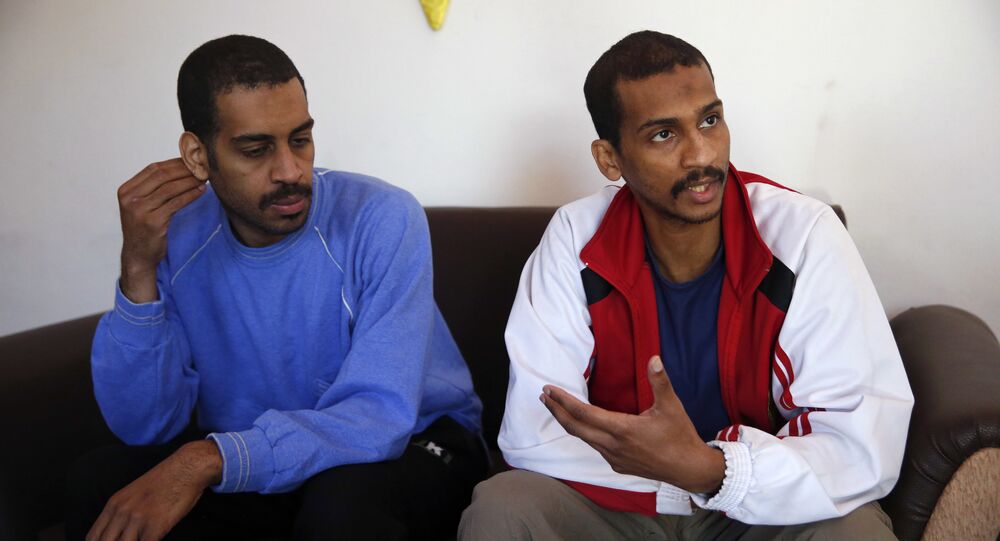 Two former British citizens were indicted on Wednesday on charges of torturing and beheading four Americans along with other individuals taken hostage by Daesh* in Syria, according to a court ruling.

The charges against Alexanda Kotey, 36, and El Shafee Elsheikh, 32, who are two of the four members of a group known as "the Beatles" due to their British accents, were announced by the US Justice Department on Wednesday morning.

The suspects face eight counts of criminal indictment, each entailing a maximum penalty of life in prison. US prosecutors are not seeking the death penalty as a precondition for cooperation with their colleagues in the United Kingdom.

Two ISIS militants, part of group referred to by hostages as “The Beatles,” charged with deaths and beheadings of multiple Americans in Syria. https://t.co/ngGELiuvlH

​The indictment alleges that Kotey and Elsheikh are among those British citizens who joined Daesh and from 2012 to 2015 participated in the abduction of Americans and others in Syria.

In 2014, the group released videos as Daesh propaganda showing the beheading of Foley, Sotloff, as well as British citizens David Haines and Alan Henning.

Besides Kotey and Elsheikh, "the Beatles" comprised Aine Lesley Davis and the most infamous member of the group, Mohammed Emwazi, known as “Jihadi John”. Emwazi was killed in a US airstrike in November of 2015 in Syria, while Davis was sentenced to seven years in prison in Turkey in 2017.

*Daesh [ISIL, ISIS, the Islamic State] - a terrorist group banned in Russia and many other countries