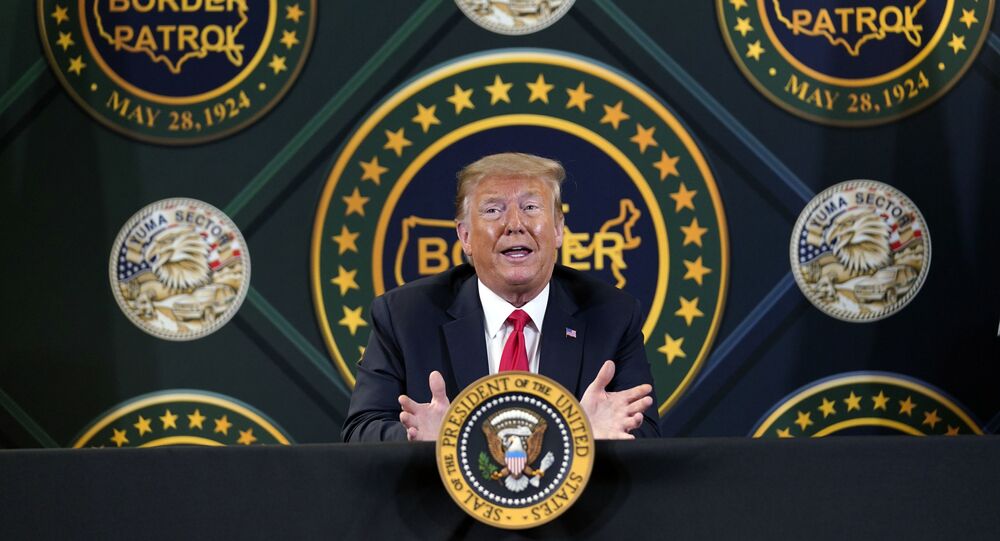 According to a Tuesday memorandum by Donald Trump's medics, the president, who was diagnosed with COVID-19 late on Thursday night, is feeling "extremely well" and shows no symptoms.

Surgeon Dr Atul Gawande outlined how he sees President Trump's current state of health during a Tuesday appearance on "The View", going on to assert that POTUS had been discharged from the hospital prematurely.

"He is still contagious", Gawande said. "He's in the midst of being actively infected.

"He is walking in the White House continuing to question and belittle mask use and that is not the message that we need to send, especially as we have the infection rates continuing to climb", Gawande, who is also a writer for The New York Times and a professor at Harvard, said.

The doctor also stressed he was "alarmed" when he saw Trump's impromptu drive-by last weekend waving to supporters from his motorcade outside of Walter Reed.

Host Joy Behar went on to point to the president's assurances that he hasn't "felt this good in 20 years", also bringing up the various medicine he has been treated with including a steroid, something she speculated could have been affecting his behaviour.

"Some say that that can cause you to feel really great and grandiose", Behar said. "Are we witnessing an episode right here where he thinks he's capable of doing anything, you know, 'I'm macho and I can do anything' and are you worried about that particular form of behaviour in the president of the United States, the leader of the free world?", the comedian and host queried.

"It's such classic steroid euphoria, as we call it, as a known side effect of getting high-dose steroids is that you feel incredibly good suddenly for a period of time. And yes, that is part of the picture that you're seeing when he describes that", he explained.

The statement hit a raw nerve with many on Twitter, one stressing the audience of The View is largely anti-Trump, and dubbing the medic who shared his belief during the airing "a so-called doctor". Some stressed a careful examination must be conducted before such conclusions are made.

A so called Doctor tells anti-Trump cast of 'The View' Trump is experiencing 'classic steroid euphoria' allegedly based on his expert opinion after reading socialist media tweets https://t.co/G2VhRPwQkb

Others, meanwhile, seem to believe Mr Gawande, insisting the effects of steroids are "not rocket science":

Seems pretty obvious, doesn’t it? He’s on a drug-induced high with impaired judgment and will soon crash. It’s not rocket science. https://t.co/Bdtgn8ciFm

He's not mentally stable under the best of circumstances, and you add dexamethasone (to stuff he already takes) and this kind of behavior is not at all unusual. This is especially true with someone who is terrified of not being in control and sees the writing on the wall.;

… with some claiming the president "will soon crash":

I know it, you know it, everyone with a brain knows it, he’ll soon crash.

It is a known side effect of steroids and most people will recognize it when they come down. This "roid rage" is dangerous for him, us, the country and the world. His rage at the rescue package negotiations is classic. The meds amplify his narcissism.

…while quite a few suggested POTUS acts like he is his own physician, "dictating" the norms and rules of behaviour to himself:

Nope.Trump likely dictated to his doctors what treatments he wanted and when. In his steroid induced euphoria, he dictated that he wanted a joy ride, to be discharged from the hospital and who knows what. They all capitulated to him. As is known with this virus-time will tell.

Donald Trump, whose tests proved Friday he had come down with COVID-19, was discharged from the Walter Reed military hospital on Monday, where he was treated with an experimental antibody therapy cocktail and antiviral solution remdesivir over the weekend. He's now back at the White House, and claiming he feels even "better than I did 20 years ago".

The president's doctors stated that their evaluations, and "most importantly his clinical status, support the president's safe return home". POTUS has since appeared in a video, urging Americans to get back outside and not let the contagious novel coronavirus dominate their lives.

On Tuesday, his medical team stated that he already showed no infection symptoms. White House physician Sean Conley said in a memorandum that Trump's vital signs and physical exam remain stable, adding that the US president is doing "extremely well".