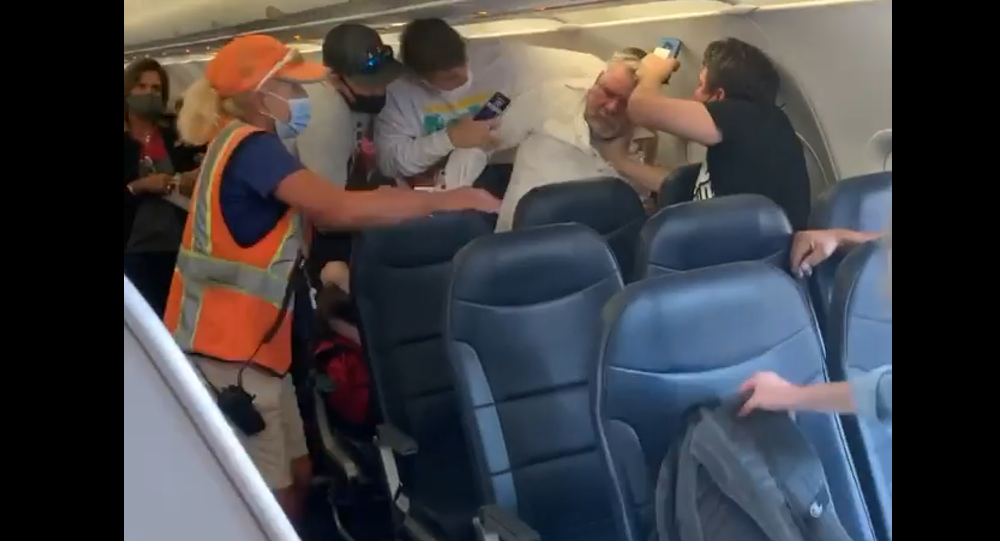 Allegiant Air has confirmed that a passenger who insisted on wearing only a face shield on a Utah-bound flight from Arizona started a physical fight with another passenger while being escorted off the aircraft on October 3.

Allegiant Air Flight 607 from Phoenix-Mesa Gateway Airport in Mesa, Arizona, to Provo Municipal Airport in Provo, Utah, had a hiccup in its itinerary after one passenger, identified as 52-year-old Rio James Honaker, allegedly refused to wear a face mask.

Rylie Lansford, known on Instagram as bakedbyrylie, posted her recollection of the altercation and a brief clip of the incident.

“He has a face shield on so he doesn't think he needs to wear an additional mask," she said of Honaker, who refused to wear a face mask.

Soon after, another passenger intervened and yelled, “It's called COVID.” Lansford noted that the heckler was distressed because he was on the flight to visit his mother in hospice care.

"You could just feel that something physical was going to start happening," she said.

This happened on my flight earlier today. Allegiant flight from Mesa-Phoenix to Provo, UT. I will be posting the story and what happened next!

A number of male passengers can be seen intervening to separate the two men after the older man elbows the heckler in the head.

"While the passenger was being escorted off the plane, he had an altercation with another passenger. Law enforcement was called to assist," said Allegiant Air in an emailed statement to the Arizona Republic.

“Face coverings are required throughout travel, including at the ticket counter and in the gate area, as well as during flight," the airline detailed, also noting that it does not allow face coverings "with exhalation valves, holes (such as lace or mesh), neck gaiters and bandanas. Face shields may be worn in addition to a face covering, but not as an alternative."

This information is also available on the airline’s website.

Mesa Police Det. Jason Flam confirmed to the outlet that Mesa Police Department officers responded to the incident and removed Honaker, a resident of American Fork, Utah, from the flight because he became "confrontational with a flight attendant when asked multiple times to put a mask on."

Authorities say that Honaker told the heckling passenger to “mind your own [expletive] business” at one point in their exchange.

Honaker is now facing a misdemeanor count of disorderly conduct.