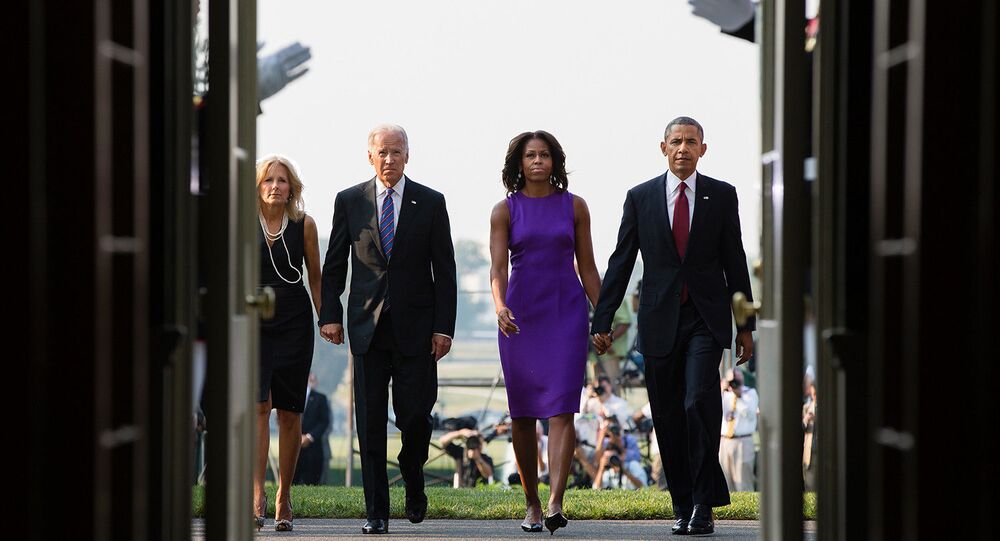 The former first lady accused President Donald Trump of whipping up racism and increasing the coronavirus death toll through inaction and setting a bad example by not always wearing a face mask in public.

Former US first lady Michelle Obama has told Americans to vote for her husband's ex-vice president "like your lives depend on it."

The wife of President Donald Trump's predecessor Barack Obama urged voters to elect his old vice-president Joe Biden on November 3, insisting "We don't have the luxury to assume that things are going to turn out OK."

"We can no longer pretend that we don't know exactly who and what this president stands for" she said in a video released by Biden's presidential campaign. "Search your hearts, and your conscience, and then vote for Joe Biden like your lives depend on it."

And she attacked Trump over his allegedly carefree attitude to the COVID-19 pandemic and setting a bad example to other citizens.

"Seven months later, he still won't wear a mask consistently and encourage others to do the same, even when those simple actions could save countless lives," she said. "Instead, he continues to gaslight the American people by acting like this pandemic is not a real threat."

© AP Photo / Alex Brandon
'Don't Let it Dominate You': Trump Posts Video on COVID-19 Back at White House After Hospital Stay
Obama also used the lockdowns of university campuses as justification to argue that schools should not reopen.

"Everybody wants their kids back in school as soon as it's safe," she said. "But as a mom, it is frightening, thinking about all of these young people, who were just our babies yesterday, quarantined alone in dorms or apartments with little or no support as the disease continues to spread, unable to come home if their symptoms get worse."

And the former FLOTUS urged working-class white Americans to accept the liberal label of 'white privilege' and not heed Trump's promise to restore law and order following months of rioting in US cities amid Black Lives Matter protests.

"You've worked hard all your life ... you've seen your beloved towns shattered by joblessness ... and it's frustrating to hear some folks say that you've been the beneficiary of privilege, that the colour of your skin gives you a head start," she said.

But she insisted Trump and his allies were "Lying about how minorities will destroy the suburbs, whipping up violence and intimidation. It's morally wrong and yes, it is racist."

Barack Obama was elected in 2008 on the promise to end the wars in Afghanistan and Iraq which cost almost 7,000 US military lives - and left countless numbers of Afghans and Iraqis dead. US troops are still deployed in both countries and also in Syria, where Obama intervened against the wishes of the government he worked to overthrow.