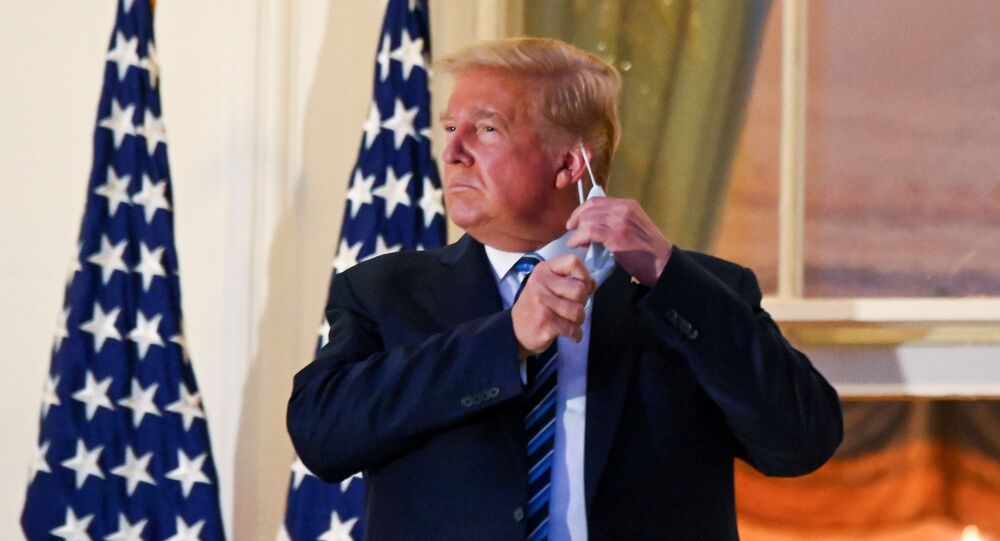 Trump announced on 2 October, shortly after the first debate with Biden, that he had been infected with the coronavirus. POTUS was later transferred to the Walter Reed National Military Medical Centre for treatment, where he stayed for four days before being discharged.

US President Donald Trump has tweeted that he is looking forward to having the next presidential debate with his Democratic opponent Joe Biden almost a week after contracting COVID-19. POTUS went on to say that he is "feeling great" at the moment, apparently referring to his health condition after fighting the disease in hospital.

At the same time, Trump's Communications Director Alyssa Farah announced that the White House will now be taking even more precautions than before to protect staffers from being infected with COVID-19. The changes will come as a response to POTUS and the first lady catching the virus.

"We always take precautions at events we host, and I certainly think in light of the President's positive test and the First Lady, we're going to take even more for the time being to protect essential staff around him", Farah said.

Days after his first debate with Biden, Trump announced that he had tested positive for the coronavirus along with First Lady Melania Trump. Following the news, both Vice President Mike Pence and Trump’s Democratic opponent Joe Biden also took tests, which returned negative for both.

Trump was hospitalised at the Walter Reed National Military Medical Centre on 2 October after announcing positive COVID-19 test results. According to White House Chief of Staff Mark Meadows, POTUS was hospitalised due to a fever and a drop in oxygen levels in his blood. At the medical facility, Trump was given an experimental course of monoclonal antibodies and infusions with the drug remdesivir, which is often used to treat COVID-19 patients, and was discharged on 5 October, returning to the White House.

Upon returning, POTUS repeatedly stressed that he is in fine health condition and is ready to get back on the campaign trail, as less than a month remains before the presidential election on 3 November.