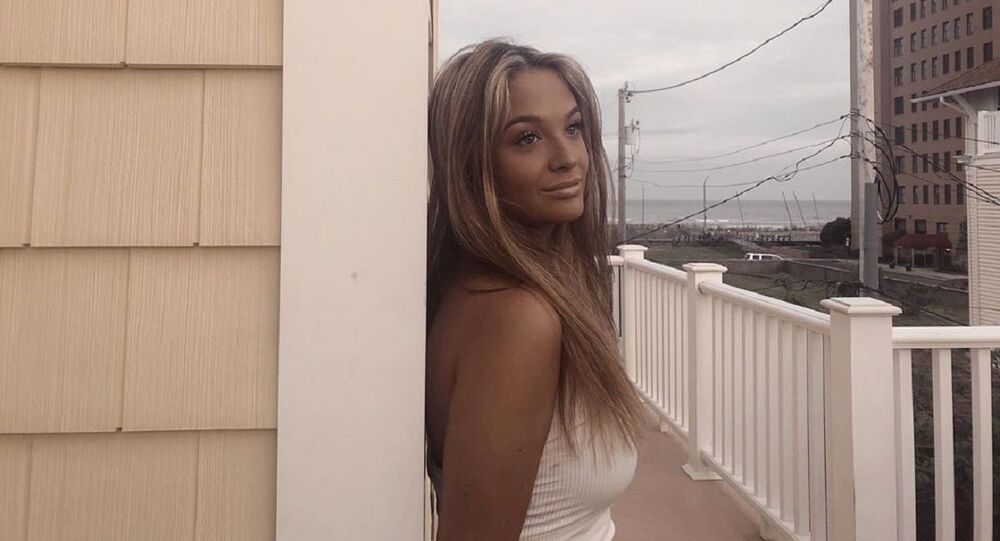 After leaving the hospital on Monday following three-day therapy there, President Donald Trump asserted he felt way better than he "did 20 years ago", with his medical team stating that their evaluations, and "most importantly his clinical status, support the president's safe return home".

Claudia Conway, the 15-year-old daughter of Donald Trump's former adviser Kellyanne Conway, says Trump is not doing "better" after being diagnosed with COVID-19 despite recent photo-ops and returning to the White House, as follows from her recent TikTok post.

Kellyanne Conway is in constant contact with Trump--she remains one of his most trusted advisers. Her daughter, Claudia Conway, said on TikTok that her mother said Trump is doing very badly and they were trying to stabilise him to send him home. Lord.

The comments instantly generated a storm of backlash, with netizens pondering how feverishly the teenager must be striving for attention given her ungrounded explosive allegations.

Imagine getting your news from an unstable little girl 🤣😂

Believe a teen who cries on Twitter about her sucky life from her lofty home, TikTok 24/7, cushy life, family vacays, $$ clothes & no responsibilities most kids ONLY dream of, that her "awful" parents give her? That private health info is not hers to give out #HIPPA

It's so sad you're giving an attention-seeking teen the audience she craves.

She doesn't know SQUAT, and would never have that intel. Lmao people buying into an unstable adolescent.

God bless you. I have a teenage daughter also. I know how they think they know it all.

"ShE's A ReLiAbLe SoUrCe Of InFoRmAtIoN, twitter is cancer", someone quipped, with others suggesting the reason must lie in her relationship with her mother:

She’s being abused. Watch her interaction with her mom

Some anti-Trumpists, naturally, took the comments for granted, claiming there must be some "honesty" in the girl's words:

Yet she's the only honest one of the bunch.

Claudia's mother, who is currently quarantining together with her daughter due to their confirmed infection, wasted no time commenting on Claudia's post and the storm it caused, suggesting it is "sick" to seriously dwell on the adolescent's self-expression:

My daughter, Claudia, is beautiful & brilliant. She has access to top doctors & health care & lives comfortably

Like all of you, she speculates on social media

We have COVID, but it’s clear who’s really sick

Many also recalled how Claudia had on multiple occasions earlier found fault with her mother's White House position, urging to take President Trump down on social networks - something most netizens took as a signal there was a generation gap and a definite misunderstanding between "spoilt" Claudia and Kellyanne.

Donald Trump, whose tests proved Friday he had come down with COVID-19, was discharged on Monday from the Walter Reed military hospital, where he was treated with an experimental antibody therapy cocktail and antiviral solution remdesivir. He's now back at the White House, and claiming he feels even "better than I did 20 years ago", the president said. The president's doctors stated that their evaluations, and "most importantly his clinical status, support the president's safe return home". POTUS has since appeared in a video, urging Americans to get back outside and not let the contagious novel coronavirus dominate their lives.